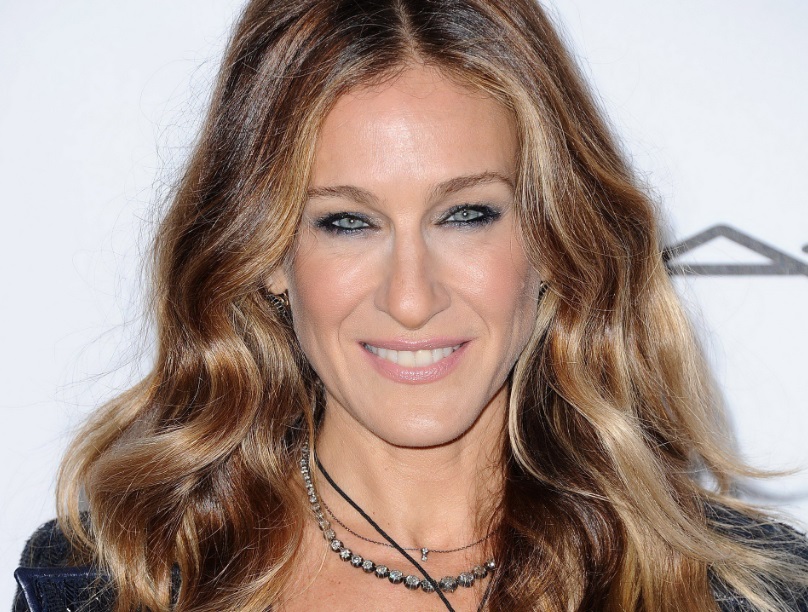 It’s the week of comebacks as familiar faces announce their return: Sarah Jessica Parker, Snoopy and the Gang and even the nostalgic animated character, Morph. Plus the latest on the upcoming Doctor Who series. Freshly squeezed showbiz news from Jenny Priestley.

A new film on the rise of Spandau Ballet will be released in UK cinemas later this year. Soul Boys of the Western World charts the band’s rise to fame in the 1980s. The documentary combines newsreel footage with never-before-seen video from the band’s personal archives, as well as candid interviews. It’ll be out in the autumn.

Denise Van Outen is bringing her one-woman musical to the West End. Some Girl I Used To Know will open at the Arts Theatre on August 22. The show follows a woman who seems to have it all until a former love contacts her on Facebook. The show features songs from the 1980s and 90s. It runs until 13 September..

Who’s voting in next year’s Oscar’s?

Congratulations to Michael Fassbender, Julia Louis-Dreyfus, Jason Statham, Steve Coogan, Barkhad Abdi, Lupita N’yongo and Pharrell Williams who have been invited to join the Academy of Motion Picture Arts & Sciences. They’re among 271 new members who will have the chance to vote in next year’s Oscars.

What’s happening to The View?

Not sure what’s going on at US talk show The View. After the departure of veteran host Barbara Walters in May, co-hosts Sherri Shepherd and Jenny McCarthy have also left this week. It seems Shepherd announced her departure and then McCarthy decided to follow suit.

SJP back on screens

Sarah Jessica Parker is headed back to TV after signing on to star in a new drama series. The show is based on a book, Busted: A Tale of Corruption And Betrayal in the City of Brotherly Love. The story follows two journalists who uncover one of the biggest police corruption scandals in Philadelphia’s history. Parker would play one of the journalists.

Mark Ruffalo, Keira Knightley and James Corden will be promoting their new film, Begin Again, in London this week. They’ll be at the Apple Store on Regent Street on 2 July to discuss the film which tells the story of a washed-up music executive and a young singer/songwriter. The film’s out on 11 July.

Snoopy and the gang are back

This makes me happy: Peanuts is coming back! We know there’s going to be a new film next year and now publishers Canongate have announced that they’re launching a new gift book series called Peanuts Guide to Life in September of this year. It will contain The Philosophy of Snoopy, The Wisdom of Woodstock, The Genius of Charlie Brown and Life Lessons from Lucy. A further eight titles will follow in 2015. The books will be made up of Charles Schulz’s original strips.

Remember Morph? Well he’s back too!

More things that make me happy: Morph will be back this week! Aardman Animation is launching a series of brand new Morph adventures on their YouTube channel this Friday (July 4). Fifteen new Morph episodes have been paid for by the public via KickStarter with the first going live at 5.15pm on Friday, the same time as Morph’s first appearance on Take Hart in 1977 (anyone else feeling really old right now?). Watch the episodes here.

In case you haven’t heard, the brand new series of Doctor Who will begin on BBC One on 23 August – a year after Peter Capaldi was revealed as the new Doctor. The series will begin with a feature length episode titled, Deep Breath. Meanwhile the show’s executive producer Steven Moffatt has confirmed there’ll be a ninth series of the show. He’s working on the penultimate episode of the next series at the moment. Hopefully that means we’ll start to see proper series again rather one-offs with huge gaps between them.

I’m very excited about this coming week: on Tuesday I’ll be at the Royal Albert Hall to see Coldplay. They’re only playing two gigs in the UK this year, both in the intimate setting of the RAH. I’m a huge fan of the band – I think this is my sixth or seventh time seeing them live, so I’ll report back all the details next week!

Two in One Night: BAFTA and Grammy Awards

AMAs: Did You Watch It?

29th November 2015
Previous Post Maxi Priest chats to Angie about Glastonbury
Next Post Why are you feeling so bloated?