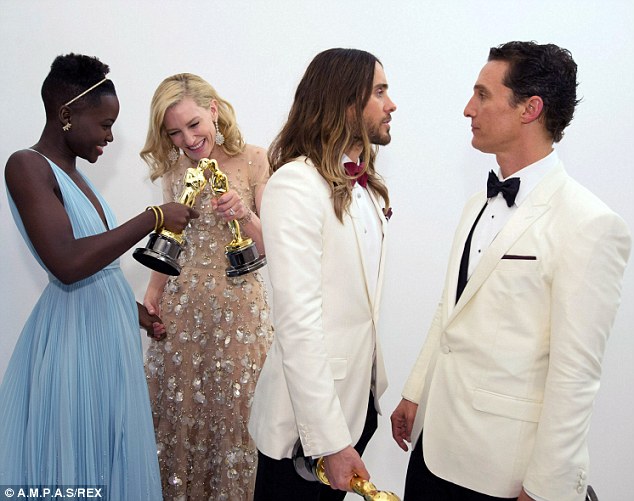 British acting legends Dame Judi Dench and Dame Maggie Smith will walk the red carpet at the world premiere of ‘The Second Best Exotic Marigold Hotel’ in London on February 17. The acting Dames will be joined by co-stars Richard Gere, Celia Imrie and Ronald Pickup as well as members of the royal family for the event which is this year’s Royal Film Performance.

Here’s a behind the scenes video featuring interviews with the cast including both of the Dames and Richard Gere:

Former ‘Downton Abbey’ star Dan Stevens will appear alongside Al Pacino and Anthony Hopkins in his next movie. ‘Beyond Deceit’ is about an ambitious young lawyer who takes on a big pharmaceutical case only to find himself the prime suspect in a murder. Filming is expected to begin next month.

‘Elf The Musical’ is coming to London. The show, based on the film starring Will Ferrell, is being staged at the Dominion Theatre for a 10 week run from October 24. The musical was first performed on Broadway in 2010 and has been revived every Christmas since.

Bono, Bill Clinton and Paul McCartney are among the contributors to a new anthology book about fathers and sons. It’s called ‘Sons + Fathers’ and will also feature contributions from Salman Rushdie, Daniel Day Lewis and Bob Geldof. Part of ten profits will go to the Irish Hospice Foundation. The book will be published in May in time for Father’s Day.

Ringo Starr is teaming up with US footwear brand Skechers to promote their new Relaxed Fit range. The former Beatle is the new face of the brand and will appear in a series of commercials for the shoes. “I’m still a working musician, I’m still on tour, I’ve done commercials. I saw lots of ads for Skechers that were really bright, young and fresh,” said Starr in a statement. “I’ve always enjoyed those commercials, and now I’m enjoying the shoes! I love to be relaxed, and I’m wearing the shoes because they’re comfortable,” he added.

Oprah and Ava DuVernay to collaborate on a new project.

It seems I can’t go a week writing this column without mentioning one of the creative team from ‘Selma’, and this week is no exception. Oprah Winfrey and the film’s director Ava DuVernay are teaming up again to create an original series for Oprah’s OWN network. DuVernay will write, direct and produce the show which is based on a novel called ‘Queen Sugar’ which follows a spirited woman, along with her teenage daughter, who leaves behind her upscale L.A. lifestyle for her Southern roots by way of an 800-acre Louisiana sugar cane farm she inherited from her recently departed father. Oprah will have a recurring role in the series.

As expected, Matthew McConaughey, Cate Blanchett, Lupita N’yongo and Jared Leto will be among the presenters at this year’s Oscar ceremony. Traditionally the winners of the acting prizes always return the year after. It’s also been announced Jack Black will take to the stage for a “very special sequence”.

Former ‘Glee’ star Naya Rivera has signed on for a recurring role in drama series ‘Devious Maids’. She’ll be playing a maid who discovers a terrible secret. Rivera is also returning as a guest host to talk show ‘The View’, I guess they’ll need some stand-ins now Rosie O’Donnell has quit again.

Jennifer Lawrence is in talks to star in space-set love story ‘Passengers’. She looks set to star alongside Chris Pratt in the film which is being directed by Mortensen Tyldum, director of ‘The Imitation Game’. Set in the future aboard a spacecraft, the plot follows a man who wakes up early from a cryogenic slumber and to stop himself from being lonely, he decides to wake up a female passenger.

‘Moulin Rouge‘ director Baz Luhrmann is the latest big name to work with Netflix. He’s signed a deal to executive produce a new musical drama series called ‘The Get Down’. The show is about how 1970s New York gave birth to hip-hop, punk and disco. No-one’s been cast in the show yet but here’s a teaser of what it’s all about:

New trailers this week include ‘Lost River’, Ryan Gosling’s directorial debut, which will be released in the UK in April. The film stars Mad Men’s Christina Hendricks and former Doctor Who Matt Smith:

‘Run All Night’ is a new thriller starring Liam Neeson and Ed Harris and tells the story of an ageing hitman forced to take on his brutal former boss: 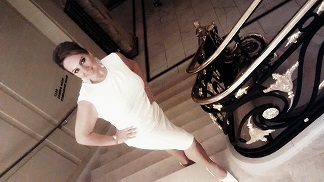