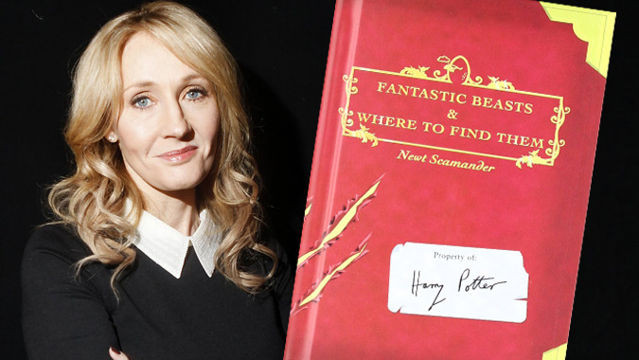 Showbiz update: Denzel on Broadway and new roles for Will Smith, Chiwetel Ejiofor and Emma Thompson. Plus the Harry Potter spin-off finally has an official release date. Fresh from New York, Jenny Priestley gives us this week’s dose of news.

You may have noticed the lack of a column last week, that’s because I’ve been having a lovely break in New York. I love NY and spend a week there every year, catching up on movies that aren’t out in the UK yet and watching some of the major stars who are on Broadway. This time round I’ve managed to watch five movies and six Broadway shows, and to be honest, I’ve come back to the UK for a bit of a rest!

The highlight of my week was watching Denzel Washington and Sophie Okenedo in A Raisin in the Sun. Not only was it a chance to see Denzel perform just a few fetters away from me but also an opportunity to see a play I know very little about. All I can say is if you’re going to New York and the show is still on then – beg, borrow and steal tickets! It’s wonderful.

Obviously Denzel is brilliant, but Okenedo more than holds her own (and almost steals the show) as his wife Ruth. She not only makes scrambled eggs live on stage, but irons Denzel’s shirt and delivers a brilliant performance throughout. Dreamgirls actress Anika Noni Rose and Latanya Richardson Jackson (wife of Samuel L) round out the cast and both thoroughly deserved the standing ovation they received at the end.

So as we came out of the theatre on an absolute high and headed down 8th Avenue back to my hotel, we found most of the street blocked off and loads of police on the street. “What’s going on?” we asked. “Oh just the President and Michelle are in that hotel and everyone’s waiting for them to come out.” Yes, we saw Barack and Michelle! Well, we waved at them as the motorcade swept past the corner we were stood on. That was a good day! Anyway, dig in to this week’s showbiz news:

Will Smith channels his inner brilliance

Will Smith looks set to co-star with Oscar nominated actress Noomi Rapace in his next project, Brilliance. The story focuses on a sci-fi world where ‘brilliants’ – a rare set of people are born with extraordinary abilities. Will is expected to play a federal agent who has to stop one of them from starting a civil war.

The always spectacularly brilliant Emma Thompson is to take on a role set during the Second World War. She’ll be co-starring with acclaimed stage actor Mark Rylance in Alone in Berlin which tells the story of an ordinary couple whose son dies fighting for his country and leads them to commit and act of resistance. Filming’s due to begin later this year.

Ludacris joins judging panel of singing talent show
One of the new TV shows getting a lot of promotion in the US right now is the new singing contest called Rising Star. Viewers are able to vote in real time using a special app and if the singer gets enough votes then they get to meet the show’s judges and studio audience. This week ABC announced the show’s judges will include Kesha, Ludacris and Brad Paisley whilst Josh Groban will host. Let’s see if it can find a place in the very crowded singing show genre.

The first film based on JK Rowling’s new Harry Potter spin-off has had its release date confirmed. Fantastic Beasts and Where to Find Them will arrive in cinemas on November 18, 2016. The story is set in New York, about 70 years before the start of Potter, and follows “magizoologist” Newt Scamander. No news yet on who’ll be appearing in the film.

Chiwetel Ejiofor is to co-star with Gwyneth Paltrow in a new drama called The Secret in Their Eyes. Ejiofor will play a former MI5 agent who is still obsessed with a murder he has never been able to solve. Filming is expected to begin this autumn.

12th June 2014
Previous Post It’s good to talk. Especially when you’re a mum
Next Post How to bust the myths and achieve your business goals