Phylicia Rashad has been cast in the pilot of a new drama series about a gay black woman. The show’s pilot is being directed by Ava DuVernay (who we are big fans of and seems to be doing everything at the moment). The show is called ‘For Justice’ and follows a female FBI agent working in the Criminal Section of the Department of Justice’s Civil Rights Division who finds herself caught between her radical real family and her professional family. Rashad’s rile isn’t the lead but she will appear as a series regular.

Paula Patton is filming the pilot for ‘Runner’, a new drama series about a woman whose perfect life is torn apart by one twist of fate. Patton will play Lauren Marks who must follow a trail of lies that take her into the world of cartels and the illegal gun trade between the U.S. and Mexico. If the series is picked up it will be Patton’s first regular role on TV.

Maria Tomei is to play feminist icon Gloria Steinem in a new miniseries produced by George Clooney. The series will focus on the creation of Ms Magazine in 1971 and the story will be told through the eyes of the women who created it.

Calista Flockhart is returning to TV after joining the cast of a new version of ‘Supergirl’. Flockhart will play Cat Grant who is Kara Zor-El’s boss. Meanwhile former Superman Dean Cain and Helen Slater (who played the lead role in the 1984 Supergirl film) have also joined the cast of the pilot in unnamed roles; and British actor David Harewood will also be among the cast.

In case you missed it:

Lady Gaga is heading to TV after landing a role in the next series of ‘American Horror Story’. There are no details about her role yet but we do know the next series has a subtitle of Hotel. Each series of the drama have been connected so it’ll be interesting to see where creator Ryan Murphy plans to take the show. The new series is due on air in October.

Away from the girls…

Wesley Snipes has struck a deal to star in the pilot for a new drama series called ‘Endgame’. The show is set in Las Vegas, where a former sniper-turned-security expert is drawn into a mysterious conspiracy that forces him to complete a series of heroic challenges in order to save innocent lives. Snipes won’t be playing the lead, instead he’s been cast as Johnson, who is described as unflappable with a good sense of humour.

Former ‘Miranda’ star Tom Ellis has landed the lead role in new drama series, ‘Lucifer’. He’ll be playing the Lord of Hell who becomes bored with his kingdom and heads to Los Angeles (where else?) where he helps the police punish criminals. The show is based on a comic book of the same name.

John Legend, Rita Ora, Nick Jonas and Matthew Morrison will all feature on a special compilation of music from new Broadway show ‘Finding Neverland’. The show features songs co-written by Gary Barlow and the show’s producer Harvey Weinstein thinks the album is “a great way to have popular singers introduce the music to the world”. The album will be released on April 21 – a eek after the theatre production debuts on Broadway.

Drew Barrymore is writing a book of biographical essays. She’s signed a deal to write the book which will include stories of how she lived on her own as a teenager as well as coping with the loss of her father. No details yet on a release date.

Dominic West is joining George Clooney and Julia Roberts in their new film. ‘Money Monster’ is being directed by Jodie Foster and stars Clooney as a TV host who is taken hostage live on air. He has to uncover he truth about a big stocks deal whilst the situation unfolds. Roberts will play his producer while rising British star Jack O’Connell will be the hostage taker.

Lenny Henry has been cast in a new stage production of ‘Educating Rita’. The play will run at the Chichester Theatre from June 18 to July 25. Speaking about his role, Lenny said: “When I began studying for an Open University degree, it was a pivotal period that opened my mind to the delights of Shakespeare and so much more. It means a great deal to me personally and professionally to be in Willy Russell’s classic play about the ways in which education can change your life.”

Get ready for the return of Frozen.

As I’ve previously mentioned, a special short film featuring Anna, Elsa and the gang will be in cinemas later this month. Here’s the trailer for ‘Frozen Fever’:

Frozen Fever will accompany the new live action version of Cinderella when it’s released so here’s a clip from the film – when Cinders meets Prince Charming for the first time:
And finally, here’s a new behind the scenes clip from the next Bond movie, ‘Spectre’ 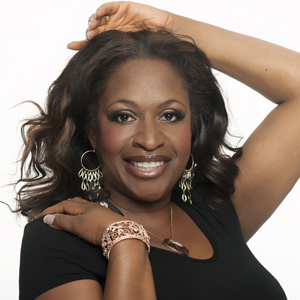 What is Feeling Fab? 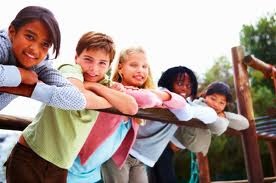 Working Out with A Mission for 2020