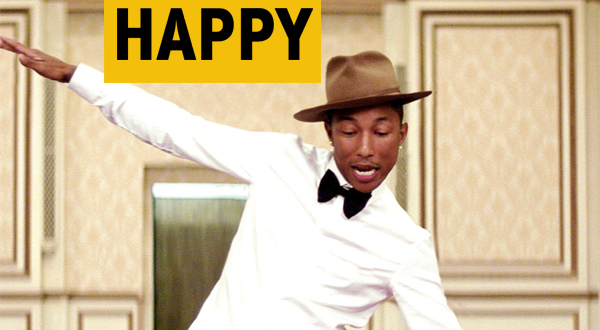 It seems Pharell really can do anything!

Not content with being a super-producer and making the world Happy, Pharell’s now turning into an author. He’s signed a deal to turn his Oscar-nominated song into a series of children’s picture books. The first title, ‘Happy’, will be released in the U.S. On September 22 and will feature pictures of kids from around the world showing what it means to be happy. “I’m humbled by the global success of ‘Happy,’ but especially in awe of the song’s young fans,” Williams said in a statement.

Puttin’ on the Ritz

Pixie Lott is joining her Strictly co-stars on stage in a new production of ‘Puttin’ on the Ritz’. The show will feature Strictly professionals Trent Whiddon, Robin Windsor and Kristina Rihanoff. The show, which features the songs of Irving Berlin, George Gershwin and Cole Porter including the title number, “Cheek to Cheek”, “Night and Day” and “I Got Rhythm”, will head out on tour, with Pixie performing at the New Wimbledon Theatre from May 27-30.

Kevin Spacey will walk the red carpet at the world premiere of season three of ‘House of Cards’ in London this week. The event takes place at the Empire in Leicester Square on Thursday. The brand new series of the political drama is released in its entirety on Netflix on Friday.

Here’s some news I think Angie will be excited about.

Lena Dunham is headed to ‘Scandal’. The ‘Girls’ creator/star will appear in one episode so in March. Apparently her character is expected to have something to do with Pope & Associates. Dunham has previously said being on the show is her “life’s great passion. I want to be a senator who did something wrong”. Also, she’s managed by the real-life inspiration for Kerry Washington’s character.

Eurovision star Conchita Wurst is writing her memoirs. ‘Being Conchita’ will reveal all about her life, and Eurovision win. She’s expected to take part in a number of signings to promote the book which is released on May 7.

One of my favourite actors, Michael Sheen, will be discussing his career as part of a special event at BAFTA next month. ‘An Evening with Michael Sheen’ will offer an insight into his career, which includes everything from the Twilight movies to playing Tony Blair, David Frost and Brian Clough. The event takes place at BAFTA on March 11.

Two possible 2016 awards contenders (yes, I’ve started) in this week’s trailers. First, Carey Mulligan stars alongside Michael Sheen in a new adaptation of Thomas Hardy’s ‘Far From The Madding Crowd’ which is released on May 1. It looks gorgeous…

And ‘Aloha’, the new film from Cameron Crowe, is chock full of previous Oscar nominees including Bradley Cooper, Emma Stone and Bill Murray. It’s out in September. 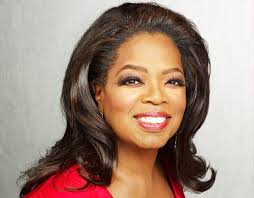 Why I just LOVE Oprah!