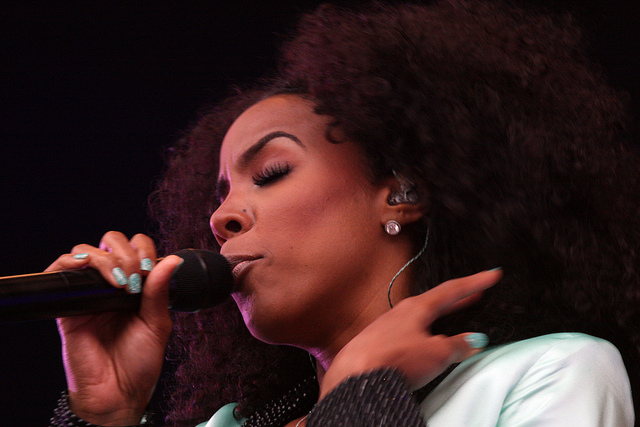 A MASSIVE OPPORTUNITY from Kelly Rowland!

Kelly Rowland is offering fans the chance to appear in the video for her single, The Game. The Destiny’s Child star wants fans to upload videos of themselves singing along to the track, dancing or even showing off their sporting skills. The song features of Pepsi’s Beats of the Beautiful Game album which also features Rita Ora and Janelle Monae. Fans who want to submit videos can do via https://offerpop.com/Contest.psp?c=636131&u=1296239&a=486254294756872&p=622352571214129&rest=0&v=View

New film from the J.K. Rowling Book Fantastic Beasts And Where To Find Them

Fantastic Beasts And Where To Find Them will be shot at Leavesden Studios, the home of the Harry Potter movies. The story is set 70 years before the Potter series, and will focus on Newt Scamander, a magical creatures expert. J.K. Rowling is writing the screenplay herself. No word yet on director or cast but the film is scheduled for release on November 18, 2016.

Doctor Who gets a new voice.

The voice of Peppa Pig is to appear in the new series of Doctor Who. Harley Bird, who voices the animated character, will appear in an episode written by Frank Cottrell Boyce – whose previous films include Millions and the Opening Ceremony of the London Olympics.

Martin Freeman, Simon Pegg and Amanda Abbington are among the guests taking part in this year’s Hertford Children’s Book Festival. Charlie Higson, David Baddiel and Emma Kennedy will also take part in the annual event which starts on October 2. This year’s festival is being co-organised by Pegg’s wife Maureen which may explain how they’re managing to attract such big names…

Stephen Fry’s Memoirs to be screened

Baking on the move!

The Great British Bake-Off is getting a spin-off show. Like The Apprentice, the main show is moving from BBC Two to BBC One when it returns in the autumn. But BBC Two will broadcast the spin-off, called The Great British Bake-Off: An Extra Slice. It’s expected to feature each week’s outgoing contestant as well as unseen footage from the main show. No word yet on who’ll be hosting.

Michael Ball is to host this year’s West End Heroes gala concert on September 28. The event sees many of the biggest West End musicals unite with military bands to raise money for Help For Heroes. This year’s event takes place at the Dominion Theatre in London. Tickets are available from WestEndHeroes.com.

Colplay were on fire!
As mentioned in last week’s column, I attended one of Coldplay’s gigs this week. I was at the Royal Albert Hall on Tuesday night when the band played the first of two nights – their only UK gigs this year. This was (I think) my eighth time seeing them live and as always they didn’t disappoint! Coldplay are often maligned by the press but anyone who hasn’t seen them live really should!! I’m hoping they’ll announce some bigger gigs soon so I can see them yet again!

Reflexology – much more than just a pamper!