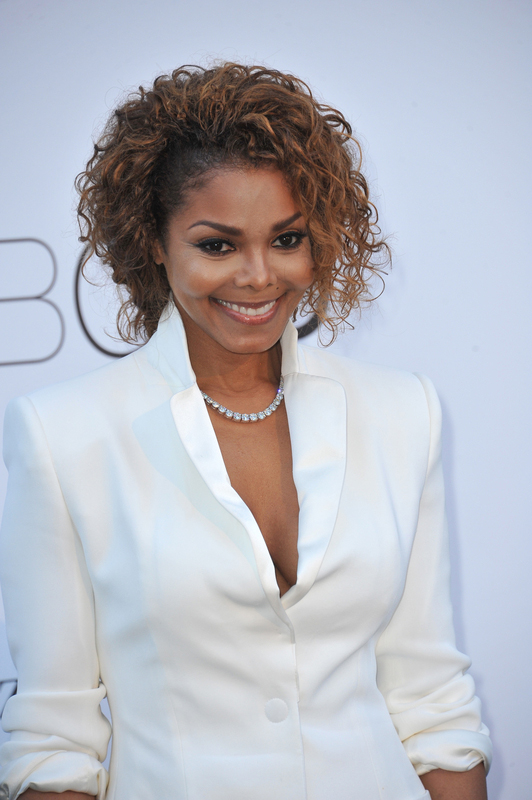 New film trailers, Dermot O’Leary gives us the soundtrack to his life and Jamie Foxx to star as Tyson… plus much more entertainment news from Jenny Priestley.

Could there be a new Janet Jackson album on the way? Ian Cross, the producer of her last three albums, has been talking about a possible new record saying “it’s going to be great” and there’s a “lot in store”. However, Janet herself has since tweeted “If there is a new project, you’ll hear it from my lips”. So I guess we’ll have to just keep on waiting…

Smokey Robinson is the latest music star to release a duets album. Smokey and Friends will feature him performing with the likes of John Legend, Cee Lo Green, James Taylor, Steven Tyler and Elton John. They’re all performing new versions of some of Smokey’s classic songs including Tracks Of My Tears which is the song Elton features on. The album is due out later this month.

Will it be another musical for Streisand?

A long rumoured film adaptation of Gypsy, directed by Barbra Streisand, might happen after all. Universal have just hired a new writer to work on the script. The hope is Babs will direct the film as well as star as Mama Rose. We’ll have to see if it happens but if it does get made it’ll be the first time Streisand has directed a musical since Yentl.

Dermot’s Soundtrack to his Life

The X Factor host Dermot O’Leary is to release a memoir. The Soundtrack to My Life will tell his story through songs that we’re playing at key moments in his life. Describing the book, Dermot says “From year dot, music has been integral to my life. It’s been my best friend, my mentor, and at times my hair-pulling older sibling. I hope readers will identify with this, and enjoy reading The Soundtrack to My Life, as much as I’ve enjoyed writing it.” The book will be published on October 9.

Lots of exciting new trailers have been released this week. First up I’m ridiculously excited about The Hobbit: The Battle of Five Armies (trailer below). It’s the final part of Peter Jackson’s epic fantasy trilogy and will see some characters survive and some not…

The always brilliant Jennifer Lawrence will be back as Katniss Everdeen in The Hunger Games: Mockingjay – Part 1. It’s the third film in the Hunger Games series and features an all-star cast: http://youtu.be/lG-gv5bjFM0
Daniel Radcliffe will be back in UK cinemas on Halloween in his latest film, Horns. He plays a young man accused off murdering his girlfriend who wakes up one morning to find horns growing out of his forehead – probably not one for young Harry Potter fans: http://youtu.be/rmkJOfaCJyM
And if that’s all a bit too dark for you, how about Night At the Museum: Secret of the Tomb which brings Ben Stiller’s character Larry to London: http://youtu.be/x1yxJs9QMXc

…and in other film news

Jamie Foxx is to star as Mike Tyson in a new film about the boxing champion. Foxx will star in and produce the movie which is currently in the early stages of development. No plot details have been released so we don’t know exactly what stage of Tyson’s life and career it’ll focus on but I would have thought his time in the ring will feature somewhere…

Idris Elba and Gemma Arterton have begun shooting new film A Hundred Streets in London. The drama is about four people with extraordinary stories that are all lived out within a square mile in contemporary London. Jim O’Hanlon directs.

Former host of US talk show The View, Sherri Shepherd, is joining Ice Cube and Kevin Hart in a sequel to comedy Ride Along. No details have been released about her role or the film’s plot but it’s due in cinemas in January 2016.

Country music star Miranda Lambert looks set to make the transition to the big screen. She’s helping to write and will probably co-star in Something in the Water – a multigenerational comedy that follows five women who take on the man at a bass fishing competition.

Claire Richards: All Of Me