With International Women’s Day last Thursday and the whole month celebrating Women’s History Month there’s so many social events and online concerns and features appealing to all ages.

Tuesday (6th March) was The Dress for Success Awards at Lloyds London. I was honoured to pick up an Award last year for Services To Radio so when asked to be the Greater London Patron, well how could I refuse? One of the other Patrons includes The Weakest Link’s Anne Robinson – goodbye! Anne gave a talk on Tuesday that had every female in the room (aged 20 to 70) just buzzing. It’s such a FABULOUS time for women and the men who are embracing the change. Just throw age out of the window, grasp life and believe You Are Fabulous. Anne was just that, Fabulous. She talked about starting out working on newspapers and television and told the awesome story about a fax – yes a fax – her husband received on her behalf about a TV show she was asked to present but her personality was one of the main requirements. Her husband says “shall we leave it as you’re busy writing”. “No,” Anne says, “let’s take the meeting”. If she hadn’t taken that meeting, they’d be no “Weakest Link”…… She ends her talk by saying “remember you’re FABULOUS and grab every opportunity”. Well, I’m now going crazy so have to leave the room.

Wednesday (7th March) 5pm, I finish my show on Afternoons With Angie, head to the bathroom at work in the basement (it’s huge with a shower) got changed and made my way to London Bridge, walked down Tooley Street to the Lalit Hotel. Media IQ Digital have asked me to speak about being in media – specifically radio which can be quite male top heavy, but you know me, I just do what I have to do to get the job done. Once again a room full of women and men of all ages and races who are just hungry to reach the stars and be the best they can be. WIQ Talks is the brainchild of Georgia Haig along with Harriet Cunningham, Ashley Powys and Nicola Young.

Thursday (8th March) was another day that I dashed out of Magic Towers straight after my show and made my way to Salesforce Tower for the Dress for Success Panel Talk. As opposed to being a panel member I hosted this talk with Jenny Garrett, Life Coach and Mentor; Adia May, Hollywood Entertainment Lawyer; Liz Dimmock, Founder and CEO of Women Ahead and Moving Ahead; and Caroline Smith, Head of Sumitomo Mitsui Banking Corporation.

This was such an interesting event, as well as talking about women Pressing for Progress, there were also mothers in the room who were concerned about directing their children, and also a few Millennials who were seriously engrossed in the conversation, as you know Millennials work on a completely different time scale to Luminaries complete with the assistance of phones, tablets, laptops and especially social media.

Find out more about Dress For Success on their website https://dressforsuccess.org/ 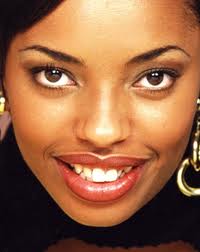