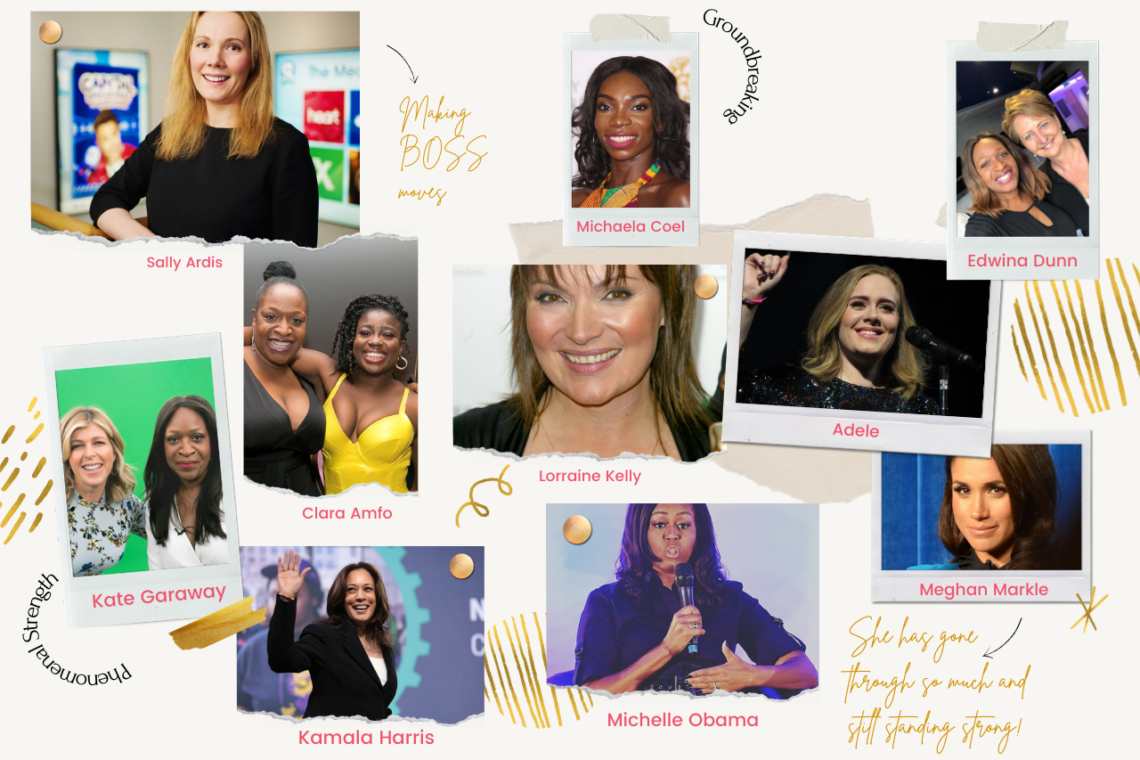 This International Women’s Day is like no other. A literal year since Covid-19 has had us sheltering at home, as women we have discovered more strength than we could have ever realised. Women have borne so much of the responsibility for keeping the world going this past year… and have they ever delivered!

These are the women who have filled my soul, given me strength, and have inspired and enlightened me, and chosen to challenge anything that stands in their way.

Sally Ardis – Smooth Radio‘s Managing Editor Sally Ardis holds a very dear place in my heart. When I first came to Smooth, after 13 years at another station, she welcomed me with open arms and we connected immediately. We’ve had hard meaningful conversations and she has been such a source of strength. After 12 years at Global, last year Sally became the very first female Managing Editor for Global Radio across the UK AND continues in her role as Group Head of Branded Content. Sally is absolutely an inspiration to me and all women working in radio.

Michaela Coel – so forthright, so open so honest, and just down to earth.  Labelled as aggressive which is a shame as she just tells her truth. A brilliant creator who brings you with her on a rollercoaster of emotions every moment she’s on the screen. You don’t just watch Michaela Coel shows; you’re swept away in them. Michaela really pushes boundaries. I Will Destroy You was brilliant and groundbreaking… and yet got completely snubbed at the Golden Globe Awards.

Coel had won a Bafta for her debut series, Channel 4’s Chewing Gum, and turned down a £1m deal with Netflix so that she could have complete creative control over her art. She was the writer, director, producer and the star in full control of her own show using her own traumatic experiences to reach through the screen and into your soul.

Edwina D. Dunn OBE is a data science entrepreneur who has always been fascinated by people’s stories and motivations. As the co-founder of worldwide loyalty programmes like Tesco’s Clubcard, Edwina knows first-hand what it feels like to work in a male-dominated industry and what it takes to navigate the many obstacles women have faced. Edwina started The Female Lead as a campaign that celebrates women’s stories, and showcases the lesser-known successes of women, in order to support and encourage the next generation.

Edwina created The Female Lead to work across a variety of platforms; through short films, a book of 60 remarkable women donated free to 18,000 UK and US schools, social media content reaching over two million followers worldwide and an educational programme in over 1000 schools.

I can’t sing the praises of Edwina Dunn and The Female Lead enough. Every day, through their socials online, I invariably see a post from them that lifts my soul, frees my spirit, and reminds me to adjust my crown and slay. The Female Lead is a treasure. You should follow them so you can keep getting reminded of your own personal awesomeness daily too! When I was asked to join The Female Lead I had no idea of the “power” behind the initiative.  It’s not an aggressive collective, the main aim is to join forces and bring female expertise together with the male workforce.

I’ve been so privileged to know and work alongside Edwina to support The Female Lead and women everywhere!

Adele – UK singer and absolute legend from Tottenham who attended the BRIT school, had a bad relationship, wrote about it in a song and the rest as they say is history!  I also loved her Jamaican bikini top when she represented at last year’s Carnival.

It’s not just that amazing voice, tons of musical hits, her amazing albums, or international success that makes everyone love and adore Adele. It’s her ability to remind us that it’s okay to have flaws that endears her to me. Adele is one of the biggest superstars on the planet yet retains her humour and is so very humble.

Lorraine Kelly – Whether you can understand what she’s saying not she has held it together on day time TV for decades, and I love that she can be as straight talking as she is warm.  There’s just something about Lorraine.

Lorraine is a Scottish actress, television presenter, interviewer and journalist and the longest serving solo television host. She has been entering living rooms via the telly over and over again, five times a week, for a quarter of a century.

Clara Amfo absolutely has a place on this list of amazing and inspirational women.  I affectionately refer to her as my Lil’ Sis because she has been part of my radio family since she started as an intern at KISS. Now she’s a fixture on the telly for awards shows and red carpets. Her Live Lounge interviews are absolutely riveting. There’s nothing this gorgeous young lady CAN’T do.

I’ve had the privilege to watch her grow and bloom into this vibrant star who continues to rise and shine bright! I could list all of her achievements but we’d be here all day (you can read it all here)… just last week I was so thrilled for her when her Barbie figure was revealed. This young lady is magic and I’ve never been more proud. Lil sis is reaching for the stars and now has a Barbie Doll named after her.  No one is more pleased for you than me Clara!

Kate Garraway I’ve loved watching Kate from the very early days of GMTV and never thought in a million years that I would get to work alongside her. But it was her husband, Derek Draper’s, plight with COVID that made me see Kate in a very very different light. She’s just picked herself back up, gone back to work, provided for her kids and pulled herself together. I am in awe of her strength and resilience. In the midst of all the struggles she and her family have experienced due to this awful coronavirus, she has shown so much courage and beauty. She has continued to soldier on despite personal trauma and is an absolute inspiration to me!

Kamala Harris Seeing an unapologetically strong black woman elevated to one of the highest political positions in the world got me all in my feels. It wasn’t just a win for American women, it was a win for us ALL. Kamala stands proudly validating that black femininity and success can indeed go hand in hand. She has shattered the glass ceiling and will inspire an entire generation of girls just by being who she is in the office she holds. History in the making.

Michelle Obama – Of all the women I’m writing about today, the very first black First Lady has impacted me in a truly profound way. Having seen her in person (not once but twice), I can relate to her as a Mum and a professional woman in this world we live in.

The Michelle Obama Podcast is one of my absolute favourites for inspirational “feel good” listening. Michelle will always be one of my sheroes, not only for the work she has done but for the way she carries herself with dignity, style, and grace.

Meghan Markle Who else could it be?  Loved her as Rachel Zane in Suits, loved her website The Tig (which she had to shut down once she knew she was going to be a member of the Royal Family).  I love her strength in the face of adversity when it comes to the UK press, the Royal Family, and because of her skin colour!  I honestly don’t know how she stays so sane.  Good on her and Harry, I wish them peace and happiness as they anticipate the birth of their second child ………. and believe me I WILL be watching that interview with Queen Oprah tonight!

She has gone through so much and still standing strong! From the moment Harry and Meghan’s relationship was announced, she’s been scrutinised and degraded. But none of it has stopped her. In fact, she’s brought so many of us together to have the hard discussions about race in the UK. She is truly an example of strength and courage; a woman who is willing to fight for her family, her relationship, and most importantly… herself.

Angie Greaves. I absolutely did not want to put myself on this list but my team of Angie’s Angels insisted I add myself.

I am the longest serving black woman in radio.

That is quite an accomplishment that I don’t allow myself to acknowledge very often. So in the spirit of self love and accomplishment, this International Women’s Day – I’m adding myself to the list of inspirational women… I admire.

These women have taught me that we can achieve anything. They have given us all permission to bloom by planting themselves firmly in the foundation of self-love even in the midst of a pandemic. They have met each challenge and continued to excel even during this troubling time. Who are the women who have inspired you this past year? Come hang out with me on my socials and let’s celebrate the women in our lives for #InternationalWomensDay! 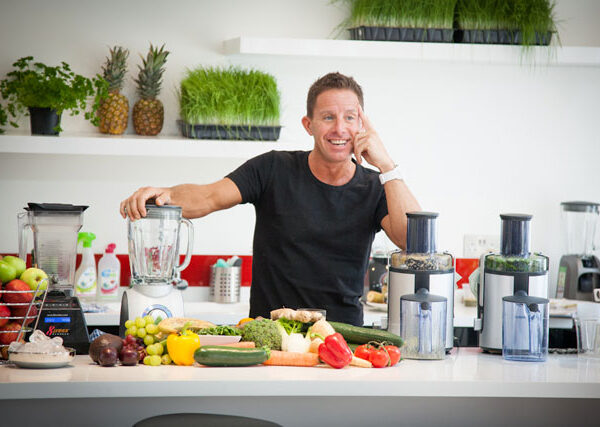 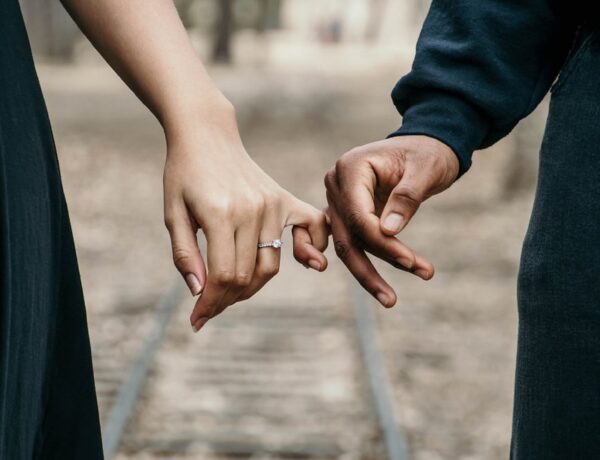 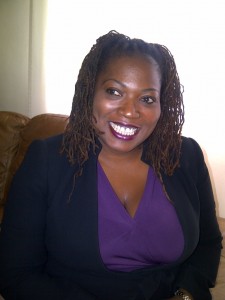