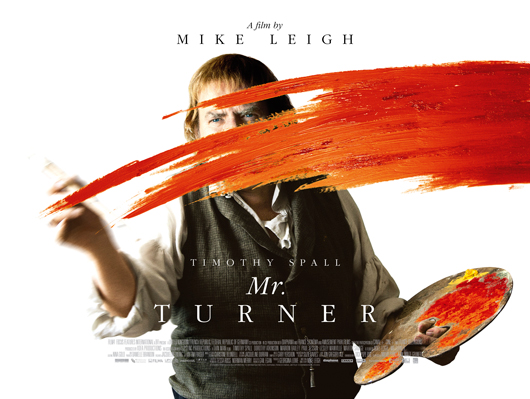 George Clooney and Jodie Foster team up for a new thriller, Angela Griffin joins a new West End play and The Best Man returns… plus much more entertainment news from Jenny Priestley.

Fifty specially created Paddington Bears will be popping up in London in October. They’ll be forming the Paddington Trail which will track the famous bear’s travels around the city. The statues are being designed by a host of artists, designers and celebs and will appear in museums, parks, shops and landmarks. It’s all helping to promote he release of the new Paddington movie in November. To find out more head to visitlondon.com/Paddington

George Clooney and Jodie Foster are teaming up on a new thriller. Foster will direct and Clooney will star in Money Monster. The film follows a TV pundit who is taken hostage live on air by a man who followed his advice on the stock market. The hostage-taker threatens to kill Clooney’s character if the cameras are turned off. Filming is expected to begin in the spring.

New posters for two films which may feature in awards season have been revealed this week. First is Before I Go To Sleep which stars Nicole Kidman, Colin Firth and Mark Strong. It’s based on the novel by SJ Watson and follows a woman who wakes up every day remembering nothing follow g a traumatic accident. It’s due out on September 5. We also have a new poster for Mr Turner, the new film from Mike Leigh. The film had its world premiere at Cannes in May when star Timothy Spall won the Best Actor award. Spall plays British painter JMW Turner. It’s due in cinemas at the end of October.

Miranda Lambert, Usher, Duran Duran and Jennifer Lopez are among the artists performs at the annual Fashion Rocks in Brooklyn on September 9. Other artists include The Band Perry, Afrojack, Nico & Vinz, Pitbull and Rita Ora, the show’s being hosted by Ryan Seacrest. The annual show celebrates the links between music and fashion.

Angela Griffin to join the cast of Breeders

Angela Griffin is joining Tamzin Outhwaite in new West End play Breeders. The production opens at St James Theatre on September 3. Jemima Rooper also stars in the play about Caroline, who wants to start a family with her wife Andrea. In their quest to have a child that shares both of their DNA, Andrea asks her brother Jimmy for help.

Are you ready for a Scandal?

Don’t forget the third series of Scandal starts on Sky Living this week! If you’ve never seen the Kerry Washington-starring drama then you really should! I’ve seen the first episode and I have to say fans are not going to be disappointed! It airs on Thursday at 9pm – don’t miss it!

Denzel Washington and Will Ferrell will be picking up special awards later this summer. Washington is being presented with the Lifetime Achievement Award at this year’s San Sebastián Film Festival. Washington’s new film The Equalizer is opening the annual event on September 19. Ferrell is being honoured by the Deauville Film Festival in France for his comedic work. Jessica Chastain and James Cameron are also being feted at the festival which runs September 5 to 15.

David Duchovny is turning author with the publication of a novel next year. Holy Cow: A Modern Day Dairy Tale follows It follows Elsie Bovary, a cow who sees a television programme about an industrial meat farm. She joins forces with Jerry, a cranky, Torah-reading pig known as Shalom after his recent conversion to Judaism, and Tom, a turkey who can’t fly but can work an iPhone with his beak. It sounds like a lot of fun! The book will be published in the UK and US in February.

The stars of the Best Man film franchise are returning for a third outing. Nia Long, Terrence Howard, Taye Diggs, Harold Perrineau, Morris Chestnut, Monica Calhoun, Sanaa Lathan, Melissa De Sousa and Regina Hall are all expected to return for The Best Man’s Wedding which is scheduled for release in the US on April 15, 2016. The Best Man Holiday, the second film in the franchise, earned $70.5 million at the U.S. box office.