The 69th annual Cannes Film Festival opened yesterday and runs to 22 May 2016. Australian director George Miller has been announced as the President of the Jury for the main competition. French actor Laurent Lafitte has been announced as the host for the opening and closing ceremonies. On 15 March it was announced that Japanese director Naomi Kawase would serve as the Cinéfondation and Short Film Jury president. American director Woody Allen’s film Café Society opened the festival.

And boy did it open with a bang! The fashion alone was enough to make a girl swoon!

#Cannes2016 is up and away. See the red carpet arrivals (PHOTOS) https://t.co/wG4ubcmePu pic.twitter.com/nKGw0SNifU

And let’s not even get started on how the opening ceremony began.

According to New York Magazine :

At Wednesday night’s opening ceremony, Variety reports that MC Laurent Lafitte, a French actor, called Allen out by riffing: “It’s very nice that you’ve been shooting so many movies in Europe, even if you are not being convicted for rape in the U.S.”

But possibly (in my estimation) the best part of the opening ceremony: French singer Matthieu Chedid aka M, performs a tribute to Prince.  They honored the legacy of the purple man that spans nearly every field of entertainment, contributed to a number of movie and TV shows soundtracks, notably Tim Burton’s “Batman,” Spike Lee’s “Girl 6” and even “Happy Feet.”

Just like David Bowie, who died just months ago, Prince was much loved in France.  His film “Under the Cherry Moon” was filmed on the French Riviera at La Victorine Studios in Nice. Yes the French totally got it right. Super excited (and a bit scared) to see what’s coming up next at Cannes.  Watch this space! 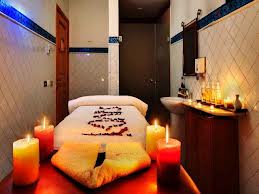