It’s that time of year again when the movie world spotlight shifts from the West Coast of America to a small town on the French Riviera. The 68th International Cannes Film Festival kicks off on Wednesday and runs until May 24. As always with Cannes, it’s as much about the parties and being ‘seen’ as it is about the films themselves. 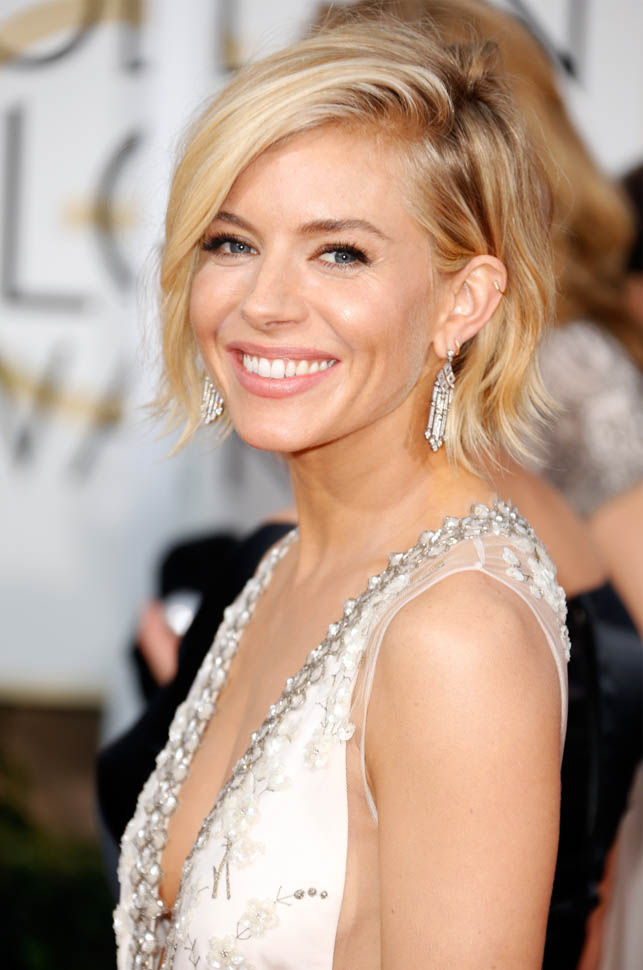 This year there’s very little British talent on show – no new ‘Mike Leigh’ and few films starring British actors. Sienna Miller will be one of the most high-profile Brits in attendance as she’s part of this year’s jury alongside the Coen Brothers, Jake Gyllenhaal and Guillermo Del Toro.

The festival kicks off on May 13 with Emmanuelle Bercot’s ‘Standing Tall’, which is only the second film directed by a woman to ever open the event. Major highlights in this year’s line-up include ‘Macbeth’ starring Michael Fassbender and Cannes darling Marion Cotillard. For a lot of people it’s the film to see. I’m also excited to hear the reaction to ‘Carol’, a new drama starring Oscar-winner Cate Blanchett as a wealthy woman in 1952 New York who is pursued romantically by a shop assistant played by Rooney Mara (who will both be there).

Other highlights include ‘Sea of Tress’ starring Matthew McConaughey, ‘The Lobster’ which will see stars Colin Farrell, Rachel Weisz and Ben Whishaw out on the red carpet, while drama ‘Sicario’ is due to be screened in the presence of Emily Blunt, Benicio del Toro and Josh Brolin. Natalie Portman is expected to be on hand for the premiere of her directorial debut, ‘A Tale of Love and Darkness’. 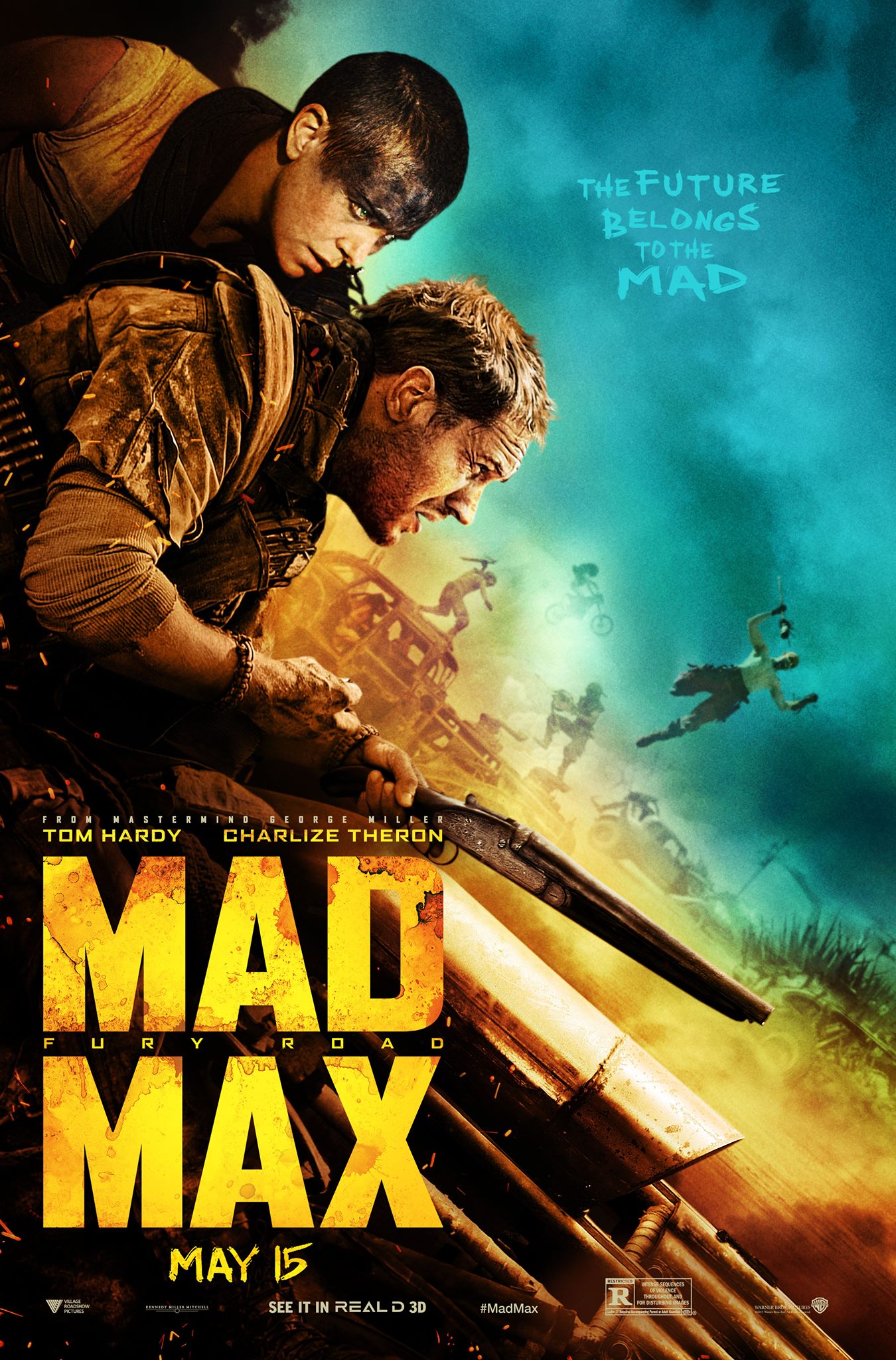 CLICK HERE
to read more about this film and this seasons blockbusters.

Some of this year’s glitziest red carpets are likely to be for films which aren’t screening as part of the festival’s competition. Cannes is seen as a great place to launch your film internationally, stroll along the famous Croisette and you’ll be bombarded by posters for some of the summer’s biggest film releases. In recent years everything from ‘Pirates of the Caribbean’ to ‘How to Train Your Dragon 2’ have been launched to the world at Cannes. This year’s big blockbuster is ‘Mad Max: Fury Road’ which screens on Thursday – expect to see stars Charlize Theron, Tom Hardy, Nicholas Hoult and Rosie Huntington-Whiteley splashed all over the front pages on Friday morning.

Emma Stone and Joaquín Phoenix should be in town at the end of the week for the world premiere of Woody Allen’s latest, ‘An Irrational Man’. It’s the story of a college professor who begins an affair with a student. This year’s big animation launch is Pixar’s ‘Inside Out’ (which looks fantastic). The voice cast includes Amy Poehler and Mindy Kaling which could mean a debut at the festival for both actresses.

Cannes is a big selling festival, smaller film companies bring their wares and hope to attract the attention of the big Hollywood studios or producers like Harvey Weinstein who famously bought ‘The Artist’ and shepherded it to an Oscar-win. It’s also an opportunity for producers to sell films that haven’t even been made yet. You wouldn’t believe the amount of emails I get announcing new projects during Cannes – in fact they’ve already started! Brit Oscar-nominee Rosamund Pike is set to star alongside David Oyelowo in ‘A United Kingdom’, about the true story of Prince Seretse Khama of Botswana, who caused an international stir when he married Ruth Williams, a white woman from London in the 1940’s. British animation company Aardman (the creators of Wallace & Gromit) have revealed their next film will be ‘Early Man’, a stop-frame adventure set at the dawn of time.

Of course as well as the films, Cannes is also about the parties! Every year they seem to get more lavish and attract bigger stars. 2015 looks to be no exception. The 22nd Cinema Against AIDS event takes place at the exclusive Hotel du Cap on May 21. Isabella Rossellini, Natalie Portman, Jake Gyllenhaal, Diane Kruger, Aishwarya Rai and even Lewis Hamilton are all expected at the event which raises money for amfAR; Mark Ronson and Mary J Blige will be providing the music. Other major parties include bashes hosted by Belvedere vodka and jewellers Swarovski. L’oreal will bring a number of its ambassadors to the festival so they can be seen on the red carpet including Naomi Watts and Julianne Moore.

The festival wraps up on May 24 with the presentation of the Palme d’Or and announcement of the prize winners. Cannes is famous for demanding winners attend the ceremony and so a lot of journalists spend their time urgently checking social media to see who’s been spotted flying into Nice airport during the day – last year Tim Spall was seen ahead of his Best Actor win for ‘Mr Turner’. A win at Cannes can help give a film an early start in the race to Oscar night.

Of course if the hustle and bustle of the festival all gets a bit much you can take a break at one of the many beach-front hotels and bars. Some of my happiest hours at Cannes have been spent people watching or trying to listen in on which deals are being done over a glass of fizz (don’t tell anyone!).

And once it’s all over the locals can start to get their home town back (the population triples from 74,000 to 200,000 over the 10 days). The red carpet will be rolled up, 10,000 dinner jackets and evening dresses will have been cleaned and over 800 kilogrammes of lobster consumed. Then it’s time to start planning for next year…

Thanks to Jenny’s insight on who will be in attendance and the best parties to be seen at, I will be running around Cannes from the 20th – 24th May trying to spot the stars and attend some parties… will keep you updated on who I see on the Feeling Fab Twitter feed.

Rasheed Ogunlaru on finding your inner ‘pot of gold’