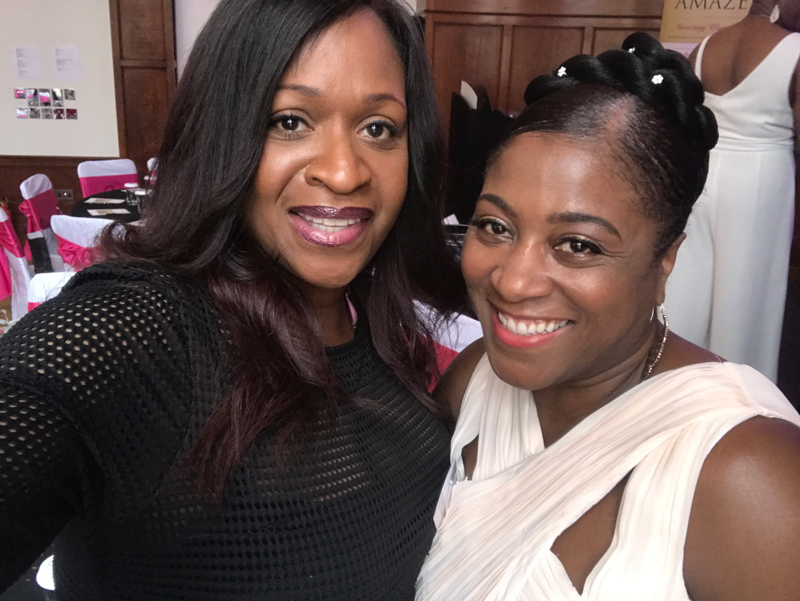 Prosecco flowed along with tears of joy, laughter and fulfillment as the stories of the nominees and winners of the Amazing Women Awards unfolded.

Saturday 18th March, The Wellington Hotel which is nestled in the heart of Vincent Square, Central London, became a hive of activity as Roz Thornton, Founder of The Amazing Women Awards and Evadney Campbell, Director of Shiloh PR watched their plan of action fully bloom.

There are many unsung heroes within our communities, and there are many (many) awards ceremonies and initiatives being created, but there was something quite different about these awards.  No celebrities, but a definite status was imprinted amongst the nominees and winners who silently grafted at their craft assuming their works and actions were going unnoticed, but this definitely wasn’t the case.

Hosted by Christine Giscombe, who was awesome, 5 Awards were presented to Amazing Women who are:

Women in Business Award
Taniya Khan a makeup artist with a difference. Her real strength was highlighted when her parents divorced and her father spoke words over her stating that she would never succeed without a man by her side.  Proving him wrong, and not allowing the emotional scars of the parting of her parents to hold her back in anyway or to be dictated by negative words, Taniya now not only runs her own company, but encourages women to run their own businesses.  Her passion and skills have not been set aside, Taniya’s company provides the hair and make for the television programme “Don’t Tell The Bride” for which she is endorsed.

The Amazing Mum Award
Heather Pratten’s story started the flow of tears.
A mother of 5 whose husband and two of her sons suffered with Huntington’s Disease.
At 33 years of age she was left alone to deal with her 5 children as her husband was taken into care as his condition progressed. One of Heather’s sons tried to take his life on a number of occasions as the challenge of dealing with this disease took its toll. Seeing the pain and suffering her son was going through and upon his request Heather granted her son’s wish and assisted him in taking his own life!  Can you imagine what that must have felt like?  A mother watching her child in so much pain the she would rather “set him free” than watch him suffer, and she didn’t leave him to die alone.  Heather paid the price and was arrested for murder and the charge was later changed to Aiding and Abetting a Suicide.  After an 8 month police investigation The Old Bailey acquitted her stating that she had been through enough.
Brave Heather is still going through her own “personal” life sentence but still maintains the love she has as a mother resulted in her “setting her son free”, and not killing him.  There were no amount of hugs that could have healed his physical pain, and although she knew she was going to experience pain she let her son go.  WOW!

Amazing Young Woman
Mollie Morgan from Manchester escaped a chaotic family home which included drug abuse, alcoholism and sudden death.  To endure such deep emotional valleys would affect any adult much less a teenager, but this brave and beautiful girl stood tall and collected her award.  Mollie was granted a place – one of 12 places out of 86 applicants to the BFI Film Academy.  This achievement changed her life as her mother made it very clear to Mollie that she had low expectations of her.  Mollie volunteers for a national Dyslexia Charity as she was diagnosed with Dyslexia, Dyspraxia and Dyscalculia, and when she mentioned this a tear trickled down my face.  My youngest daughter Kamarane has Dyscalculia and was the attendee of many a detention and I have a “directory” of emails judging her character negatively and also reporting that her homework was never completed.  It was on moving her to a performing arts school that she was diagnosed.  I can’t imagine what Mollie had been through having been diagnosed with all 3 D’s!

Amazing Woman
Mel Francis-Famous selflessly gives up her time to visit Ethiopia 2 or 3 times a year to provide medical care and free life saving operations on women who just don’t have the finance for medical care.  The Healing Wings Charity is so close to Mel’s heart and she provides so many services to them, and even runs 10k races to raise funds to improve the Charity’s work.  At the age of 60 you can imagine that Mel could be slowing down, but it’s quite the opposite.  She still travels, she still runs 10k races and has performed over 500 operations on women who primarily suffer with Female Pelvic Organ Prolapse.

The Charity Healing Wings is definitely the correct Charity that Mel is in alignment with – she has the wings of an angel and heal with her hands.

LifeTime Achievement Award
Geraldine Semper worked as a midwife for over 50 years in Uganda, India, Liberia, Indonesia and Kenya and provided medical advice in remote and rural areas.  During one such visit to Liberia she came across 4 orphans who were so ill and desperately needed assistance.  Geraldine adopted all 4 children.  She gave them a home, she ensured they were educated, she gave them love.  Now grown and well balanced, 2 of the children were at the awards ceremony, and their words to their mother were spine chilling.

It was clear from the Amazing Women Awards that suffering brings endurance, and every negative experience can become positive and you can achieve ANYTHING you want if you put your mind to it.

Your works do not go unnoticed, you may not be told every day that you’re doing a good job but you are always “rehearsing”, there’s always someone watching you, taking advice, even modelling themselves on you in a healthy way, of course.

So what makes an amazing woman?

There are so many statements that could equate to what makes an amazing woman, however, I think it can be summed up as follows:

“You are born amazing.
Because you are a woman you are amazing.
Embrace that fact and go do amazing things.” 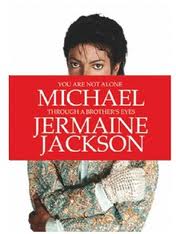 Jermaine Jackson : Through A Brother’s Eyes