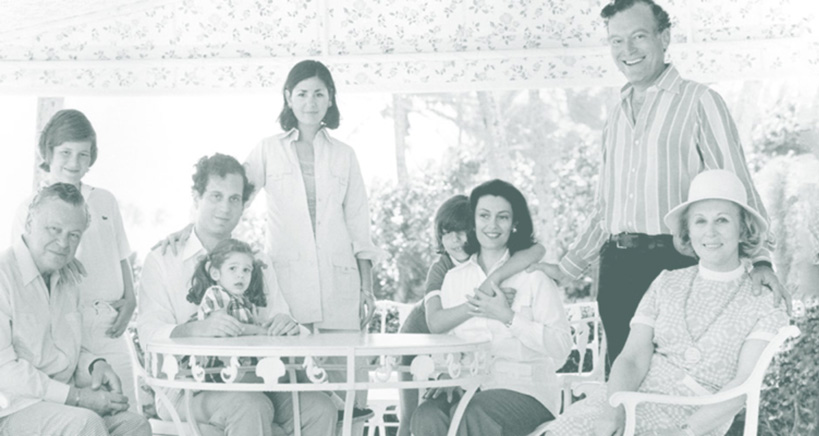 Celebrating Mothers’ in the Beauty Business

A time of celebration and bonding with the very special women in our lives!

Motherhood is a role that requires the juggling of many skills such as time management, the ability to prioritise, budgeting and putting the needs of others before one’s own – and multi taking becomes second nature.

Similarly entrepreneurship requires similar abilities and as a beauty aficionado; I have long been inspired by female beauty entrepreneurs that have balanced motherhood with the building of their beauty empires. Here is a selection of my favourite leading mothers.

Cosmetics pioneer, Estée Lauder was born Josephine Esther Mentzer in Queens, New York. She came from a family of Jewish immigrants—her mother was Hungarian and her father was Czech.

Showing a keen interest in beauty from an early age an early age, Lauder went on to learn how to create her own beauty concoctions from her uncle who was a chemist.

In 1939, she married Joseph H. Lauter (later Lauder), a businessman in the garment industry. The couple welcomed their first child, son Leonard, in 1933. Not letting motherhood impede her ambitions, Lauder continued to develop her beauty business. She divorced her husband in 1939, but the pair remarried three years later. She soon gave birth to the couple’s second son, Ronald. 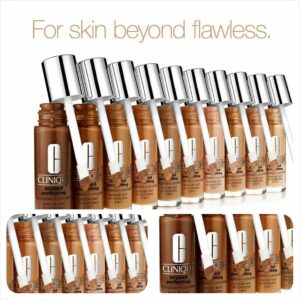 Lauder incorporated her business in 1946 with her husband, forming the formidable operation that that still bears her name today and her experienced breakthrough after breakthrough! She landed her first department store order for her cosmetics. Saks Fifth Avenue ordered $800 in her products, which sold out in two days. The business continued to thrive in the next decade with its expansion to overseas markets and the launches of the men’s product line Aramis and Clinique.

The Clinique brand has recently extended it comprehensive foundation range with the addition of its latest innovation, a 2 in 1, oil free foundation and concealer formulation – the Beyond Perfecting Foundation and Concealer.

Lightweight and moisturising, this foundation will cover thoroughly without clogging the pores. It is available in 21 shades and the unique doe foot applicator can be used to spot-conceal. You will be looking flawless all day long! Perfect for all skin types and for you and your mum!

Despite her entrepreneurial prowess, Lauder put family first and her sons and grandchildren are now at the helm and it was announced that Aerin and Jane Lauder, the granddaughters of Estee Lauder, became the youngest female billionaires in the world in 2013, according to Forbs magazine.

Anita Roddick was born to Italian immigrant parents in Littlehampton in 1942. She trained as a teacher before undertaking a working trip around the world.

She married Gordon Roddick in 1970 and the couple opened a restaurant and hotel in their home town and had two baby daughters.

She went on to work for the United Nations where she travelled extensively and met people from a number of different cultures. These experiences would help shape her future career.

The birth of the ‘The Body Shop’ came about in 1976 due to a need by Roddick to create a livelihood for herself and her daughters while her husband was trekking across the Americas. The first Body Shop was basic and at first sold only 15 lines.

Roddick’s timing couldn’t have been better as the public were starting to look to ‘greener’ companies and products. Thus, she became the first to introduce socially and environmentally responsible business onto the High Street and began talking about fair trade long before it became a buzz word. The Body Shop today is a business with 1,980 stores serving over 77 million customers in 50 different markets and 25 different languages.

The Body Shop’s Mission Statement sets out a dedication to the pursuit of social and environmental change. The shops and products help communicate human rights and environmental issues. Throughout her career, Roddick continued to campaign tirelessly against environmental and social wrongs around the world.

In 2003, Roddick’s achievements were recognised when she was knighted by the Queen, and officially styled as Dame Anita Roddick.

Three years later, the Body Shop was purchased by L’Oreal for £652.3 million

The Body Shop recently released the Smokey Poppy range for Valentine’s day but the signature fragrance of the range would be perfect for mother’s day too!

Another British brand, Merumaya was created by Maleka Dattu in 2012 after working from the ground up in the beauty industry – from Field sales to General Manager and Senior Vice President.

She was part of the team that grew Clinique to the number one position in the UK and was credited by many for their most successful skincare launch (Genefique, Lancôme), in the UK’s recorded history, when she was leading the brand’s sales team.

After 27 happy and successful years in corporate life, Maleka, I decided to fulfil a lifelong dream and began the creation of Merumaya Integrative Effective Skincare® in spring 2010, which launched officially in October 2012 on line and in six John Lewis stores. Today the range is 21 John Lewis stores and launched on QVC UK in January 2014. 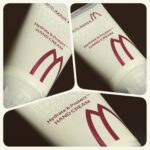 During this busy and exciting time, Maleka met and married her now husband d Mike, was blessed with a beautiful baby girl called Yasmin ( a natural pregnancy at the age of 48, which followed five miscarriages) and moved house! So, if you are wondering if you will ever get your happily ever after, Maleka urges you to never give up; keep believing, and constantly visualise and create a positive environment to facilitate your own ‘miracles’.

Sharmadean Reid, the 30 year old founder of the ultra hip Wah Nails, who set up her Dalston salon in 2009 and quickly sparked a huge trend for nail art with attitude. Her salon with its pineapple wallpaper and late opening hours, WAH was born because Reid was frustrated at both a lack of fashion-forward nail design and spaces for girls to hang out. She used her own money to start it, saved from her work as a stylist.

WAH’s now turns over about £330,000 a year. It has more than 500,000 Instagram followers. Reid grew up in Wolverhampton with a big Jamaican family, “who always told me I would do amazing things, which gave me confidence”. Reid first came to London to study fashion communication: “If it wasn’t for London I wouldn’t be the person I am today,” she says.

Now she herself is a mother, to Roman, aged three. “After his birth I gave the Dalston salon to my friends at Bleach hair to focus on being a mum”. WAH now has an HQ in Topshop.

She believes, “lots of girls don’t start businesses because they think having kids stops them. You weigh up the pros and cons of the time spent away from your child. Being a woman is hard.”

This attitude has proved important. “As a woman you need to stand up for yourself. Going from a creative environment to a boardroom full of middle aged men it’s easy to feel intimidated and not speak up because you feel people will think you are stupid.”

Her top business tip is to “get on with it”. “Starting a business now is as easy as buying a URL, getting Instagram, spending £15 and 15 minutes on Companies House to register it.

What Makes a Good Moisturiser?