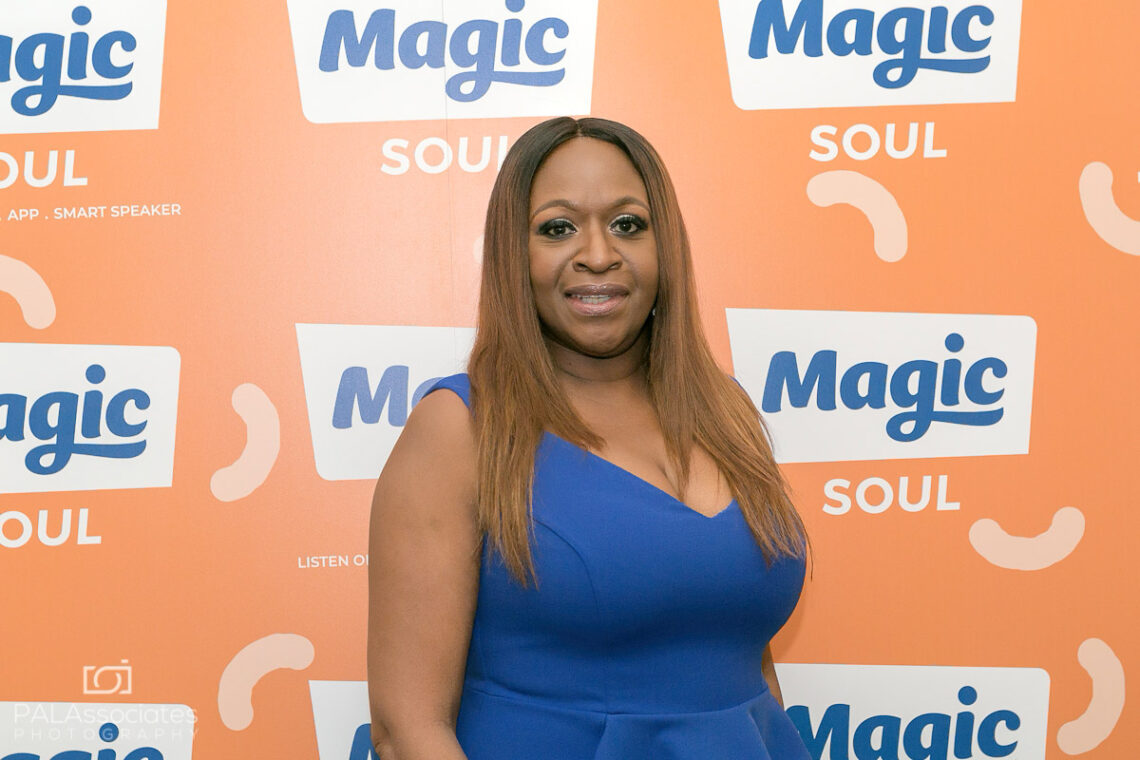 Oh what a night at the Eventim Apollo, Hammersmith!

I love my job. I really do. I get to meet amazing musicians, listen to their music, and share the joy they bring to the world through music. But there are moments when I absolutely ADORE what I do… like this past Saturday night.

Magic Soul Live brings so many amazing artists together. Pair that with the best audience you could ever imagine and it’s ELECTRIFYING!

My co-host and general partner in SOUL, Lemar was AMAZING!!!

We all fell in love with the sultry tones of R&B singer Lemar back in 2002 when the fresh-faced singer entered the BBC’s answer to Pop Idol, Fame Academy.

He has certainly GLOWED UP… am I right ladies?

Lemar has released six powerful albums and has won a host of Brit and MOBO awards! My favourite Lemar tracks are 50/50 and If There’s Any Justice.

When you think of 1980s British soul artists who made a striking impact on American airwaves, you think Jaki Graham. Graham’s seven albums between the mid-‘80s and late ‘90s found her a legion of fans!  The song stylist scored massive R&B hits during the ’80s with “Heaven Knows”, “Set Me Free”, “Breaking Away”, and of course “Round and Around”. Her new album ‘When A Woman Loves’ is out now!

It is difficult to think back to the Irish film The Commitments without remembering the stunning vocals by Andrew Strong playing the character Deco Cuff, the lead singer in the film’s eccentric Dublin band.

With four platinum-selling albums under his belt, Andrew’s incredible voice is just as pure as when he starred in The Commitments. His ability to hit the roof at will with a note is undiminished and his interaction with the audience was just astounding!

The voice of Strictly Come Dancing singer Tommy Blaize is known to millions of television viewers while he remains largely off camera.

But the singer has come front and centre for the release of his debut solo album.

Away from Strictly, Tommy played at Rod Stewart’s wedding and was invited on a world tour by Robbie Williams.

On his new album, he performs classic soul songs by the likes of Sam Cooke and Smokey Robinson.

A multi-platinum selling artist who dominated the commercial, soul and album charts in the 90’s, Kenny Thomas is a pro. By the time he was 23 he had been nominated for 2 Brit Awards, shared the stage with such luminaries as Edwin Starr, Freddie Jackson, Kool & The Gang, Incognito, Mica Paris, Lalah Hathaway, and Lonnie Liston Smith and was a regular on TOTP!

Kenny’s debut album, “Voices”, went platinum in its first week and went on to sell over double platinum in the UK alone, spawning 4 hit singles, “Outstanding”, “Thinking About Your Love”, “Best of You” and “Tender Love”. Then came his second album, “Wait For Me,” which also offered up a slew of hits including “Stay” and “Trippin’ On Your Love.”

A highly experienced vocalist Michelle cut her musical teeth in The London Community Gospel Choir before moving on to work with the likes of George Michael, Annie Lennox, Mariah Carey and Whitney Houston. She toured the world for more than 10 years with Eric Clapton, leading to subsequent tours with Will Young, Herbie Hancock, Sheryl Crow and Lenny Kravitz.

A vocal coach on Pop Idol, Michelle has also sung for President Obama at the White House. And in 2017, her breakout appearances as a finalist on “The Voice UK” (Team Will!) brought Michelle to the attention of a whole new audience captivated by her stunning performances, making her more popular and in-demand than ever. And Magic Soul Live was no exception… totally BRILLIANT!

The Brand New Heavies occupy a unique spot in British music, crafting their own take on ’70s soul and funk with splashes of acid jazz for their fans. And they did NOT disappoint at Magic Soul Live. They were AMAZING!

As always, Gabrielle brought down the house!
Gabrielle was a huge singer in the 90s and noughties. Born Louise Gabrielle Bobb in London in April 1970, she hit us with tunes like Dreams (1993), If You Ever (a duet with East 17 in 1996) and Out Of Reach, which was featured in Bridget Jones’s Diary in 2001.

I’ve never seen a crowd go so wild for a singer like they did at Magic Soul Live for Gwen Dickey! The audience was on their feet singing right along for her entire set!

The set everyone was waiting for was the brilliant and fabulous Martha Reeves. I tell ya, this audience was on FIRE… singing dancing moving and grooving! I don’t think they sat down ONCE!

55 years ago the world met Martha Reeves as she led the Vandellas through the trifecta of “Come and Get These Memories,” “Heat Wave” and “Quicksand.”

It truly was a magical night… Last year’s audience engaged early this year’s audience couldn’t wait to get on their feet. NEVER seen a Magic audience like this one. Did you go? Share your pics with me on Facebook, Twitter, and Instagram! 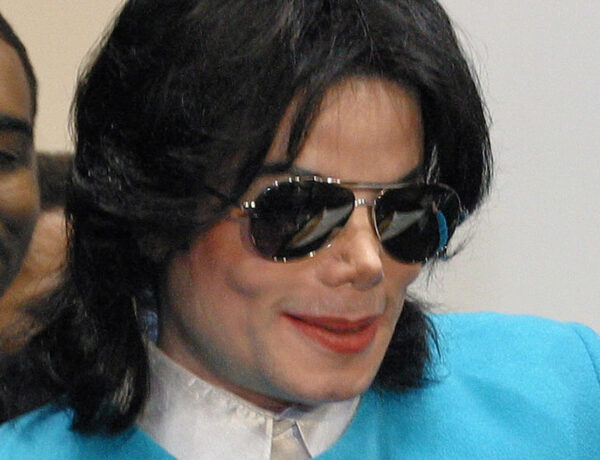 Michael, Through A Brother’s Eyes 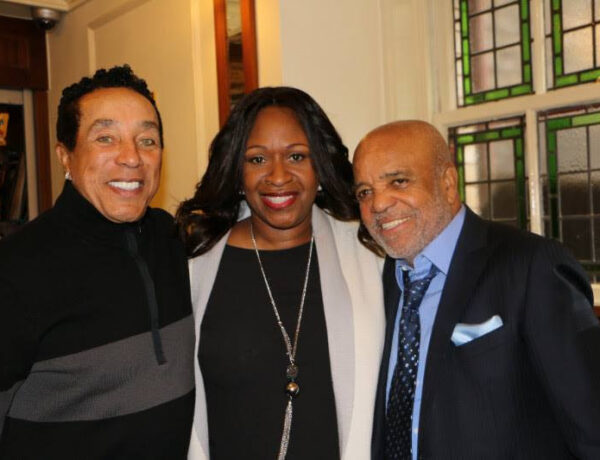 COMPETITION: Win A Pair of Tickets to Magic Soul Live