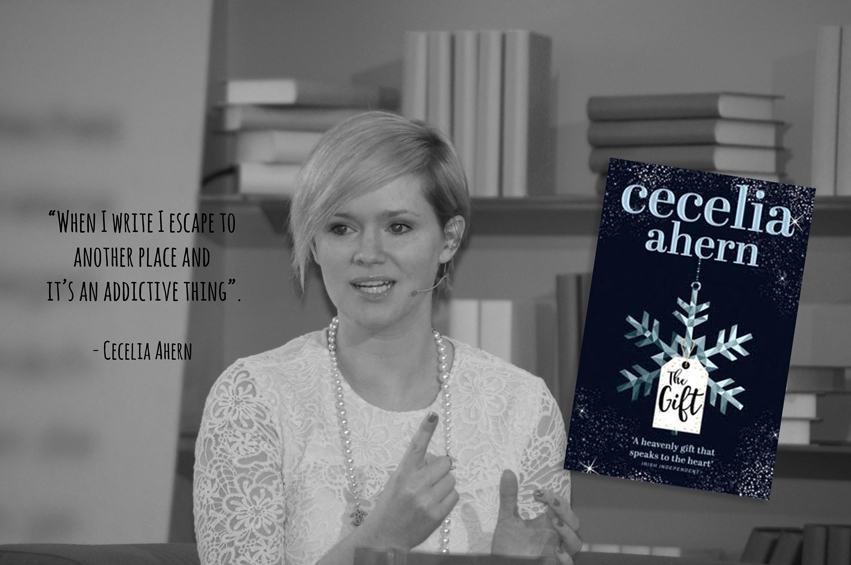 Cecelia Ahern’s book “PS: I Love You” is one of my favourite books and covers one of our themes this month of Gratitude. However, another of Cecelia’s books “The Gift” which was published in 2008 is being repackaged and republished by HarperCollins this month (November 2017) just in time for Christmas.

A quick heads up; The central character is male and he focuses on his battle with time, as he struggles to balance time with his career and his family. He realises in his frustrations that the greatest gift we have is, in fact, TIME. We may not be able to give it to anyone but we can share it. A great commuter read and very timely for Christmas.  But when it comes to “PS: I  Love You”, there’s something gripping, special and timeless.  Cecelia recently spoke to me about the process of writing that book, the film, turning her hand to writing generally, and balancing her own time with career and family.

ANGIE: I know this is probably a cliche and a question that you’ve been asked before, but where did your inspiration come from to write PS: I Love You.

CECELIA: All of my novels represent the place I am in life emotionally, or at least play around with some thoughts and ideas I’m having at a certain stage of my life. I wrote PS I Love You when I was twenty one years old, I’d just completed a degree in Journalism and Media Communications, and I was at a place in my life where I was searching and wondering about where everything was going. I was also going through a personally difficult time and as a result I felt sad, and I felt fearful. I was fearful of a lot of things, one of which was losing the people that I love. I thought that receiving unexpected letters to help guide me through the year would be a gift and as I cherish the written word and feel that you inject so much of your soul into words, I felt handwritten notes would feel like a part of Gerry was still alive. While I’m not Holly, and her experience of losing her husband isn’t mine, our journeys mirrored each other. We felt lost, we’d lost our sense of identity – the letters from Gerry were helping Holly, the writing was helping me and by the end of the novel our lives had been changed. She and I both reached a place of hope, hope for ourselves and for the future. Little did I know, writing that story, for myself, that it would touch so many millions of people around the world. It taught me a lot, that no matter what you experience, or even create in your mind, there’s somebody out there who feels it or has experienced it too. We are all linked to each other through these emotions, regardless of whatever else separates us.

ANGIE: When the opportunity for film rights came about what was your first thought?

CECELIA: It was part of my agent’s process, to submit the novel to publishers and film scouts and so, as everything was so new to me, I was excited by every step but not at all expectant that something would happen. So when Wendy Finerman Productions and Warner Bros came on board before the book had even been published I was absolutely ecstatic. I wasn’t worried or concerned about how they’d change the story at all – I was enthusiastic, encouraged and so appreciative of the opportunity and the massive experience it gave me. I was studying a Masters in Film Production when I got the idea for PS I Love You, but left the course after three days to write instead. I wrote it as a novel but life has a funny way of getting what it wants and so PS I Love You found its way to the screen in its own way.

ANGIE: Did you see Hilary Swank and Gerard Butler in your mind when the film was confirmed, or did their faces take time to fall into place (and be honest)?

CECELIA: I was immediately ecstatic. Some people have commented that they don’t have a clear idea of what my character looks like – it may be a critique but with many of my novels, I agree, because I see the story from my character’s eyes, I’m not looking at the character, I’m in their head, I’m not spending a predictable paragraph explaining the colour of their hair or the length of their fingernails, because it really doesn’t matter to me. It really doesn’t matter to me what any character looks like, it’s always about the emotional journey. I concentrate more on character’s expressions and reactions rather than eyebrow size. I was a huge fan of Hilary Swank – twice Oscar winner – I knew it meant she would bring gravitas to the story. That she would give it all the depth and meaning that the story needed, but she was also able to shine in the humorous moments. I wasn’t familiar with Gerard Butler but when I met him it felt like he’d walked from the pages of the book. In looks and in character he was absolutely spot on. He had just filmed 300 and was about to explode in the film world, which was incredibly exciting. The entire cast was epic and so talented.

ANGIE: Of all the professions you could have undertaken why did writing feel right to you?

CECELIA: I didn’t choose writing, I feel compelled to write. I have been writing diaries and stories ever since I was a child and I continued that throughout my teens. It is so natural for me to sit down and write, it clears my head, it helps me think, it also helps me figure out problems. Sometimes I don’t even know how I actually feel about something until I write it down. I have a very busy head and writing clears it for me. When I write I escape to another place and it’s an addictive thing. Whenever I take writing breaks I realize just how much I need it for me, not just because it’s my career. I really would not be very good at anything else.

ANGIE: Do you have an assigned place to write where the ideas flow?  Or do the ideas flow and you start writing wherever you are?

CECELIA: I mainly work from my office which is outside of my home but I can write wherever I have peace and quiet and a pen and paper. I think we can complicate the writing process a lot by choosing routines and spaces but ultimately all you need is your mind, peace and quiet, and a pen and paper. For the past 15 years I’ve written a novel a year which has meant that I usually begin in January, deliver in May, edit in the summer and publish in the Autumn. When I published my first YA series Flawed and Perfect last year and this year, it meant writing and publishing two novels a year. That was incredibly intense but the stories were bursting to be told and I wrote them in record time, with so much passion, I could barely keep up with the words on the page. That’s not always common though.

I always come up with the idea for the story first and then I try to figure out what type of character would find themselves in that situation. The character then feeds the story and the story feeds the character and they grow together. Not everyday is a good writing day but most of the time the stories flow naturally and I think this is because of my personal need to write and my desire to finish what I start.

ANGIE: Which author do you gain inspiration from?

CECELIA: I’m not going to name one because I’m inspired generally by authors who are unique, authors who tell a different story, who have clever concepts, have the courage to do what they want to do. I like stories. Publishing has a horrible habit of sticking to trends, which I hate, because I just don’t think you can worry about being in fashion when you’re telling a story. Stories come from the most surprising places and it’s the surprises we should be embracing. Too often, people are afraid of different. If they can’t fit it in a box then they don’t want it, but they’re exactly the stories I want to read.

ANGIE: How do you balance working (you have an international career), with marriage and family?

With great care, hard work and lots of lists!

ANGIE: Thank you so much for your time Cecelia

You can purchase all of Cecelia’s books from Amazon and all leading book stores. 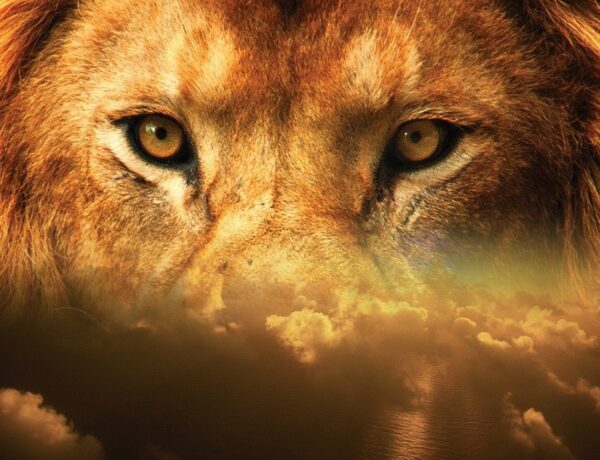 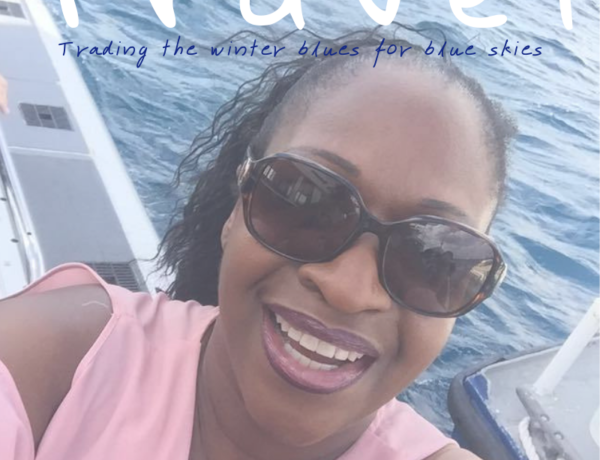