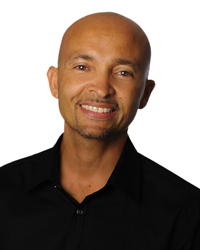 Rohan Weerasinghe an amazing speaker has such a positive attitude and doesn’t believe in the word “NO”.  He believes any outcome you want, whether at work, socially, emotionally, is yours for the taking.  He shares his story of aiming and reaching high academically, gaining a PHD, amazing salary, but not being happy as he believed his calling was to inspire others.  One of the areas he covered was a passive income which freed him up mentally and emotionally to do what he loved and that gave him the tools to vibrate on a higher level.

I’ve always admired Dame Kelly Holmes for achieving 2 Gold Medals at the Athens 2004 Olympics but after hearing her story about injury, racism, adversity and depression, my love grew for her even more.  Multiple injuries didn’t stop her from fighting past her pain to become a winner.  After Kelly spoke the whole room gave her a standing ovation. 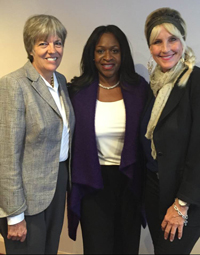 Erin Brokovich to me was a character that Julia Roberts played on the big screen.  So to stand next to the woman that the character was based on, and to hear how she single-handedly took on a legal battle regarding toxic waste that resulted in the biggest payout in American History ($333 million dollars to be exact), was in a word FABULOUS.

Tigrent Learning UK surely did put on an amazing event, and I am so glad that they asked me to host it.

Good on you Angelina!