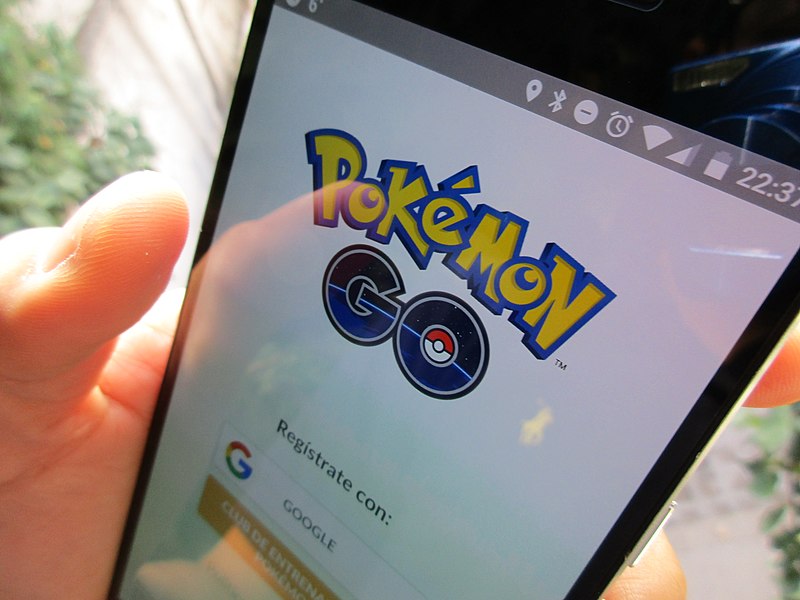 Pokémon GO is an epic success. Just like with the exercise craze that came with the Wii in 2006, the whole family is playing it – from grandmothers to grandchildren and everyone in between.

thing about Pokémon GO is getting out and about walking around and playing the game in the real world. The game features Augmented Reality: allowing you to see these creatures in the ‘real world’; on your desk or on the sidewalk or in your yard or even in your bathroom.

Pokémon stands for ‘pocket monsters’, a colourful clique of cartoon characters created by Japanese game developer Satoshi Tajiri in the 90’s. The newest craze has doubled the price of Nintendo’s shares and sent the game to the top of App Stores around the world.

And, believe it or not, it’s truly popular in the UK. I mean REALLY popular. According to an article on Alphr

That’s just scary… on both parts.

And according to ars Technica Uk:

Pokémon Go is the fastest growing app or game the UK has ever seen. Mobile carrier EE saw half a million Pokémon Go signups in first 24
hours.

Should you play or let this craze pass you by? If you have young ones, this could be an opportunity to spend lots more time walking and talking together. The game isn’t a constant thing, you’ll have plenty of time to just chat with your child as you exercise.

Every once in a while you stop to catch a critter, but the in between times can be a magical space to connect. Even if you don’t have a young co-partner it can prompt you to exercise. Not a bad thing at all, if you like gaming. We all could use a bit more exercise yes?

Just like anything else… there are pros and cons.

Folks playing Pokémon Go are representative of all things… there are good and there are bad. 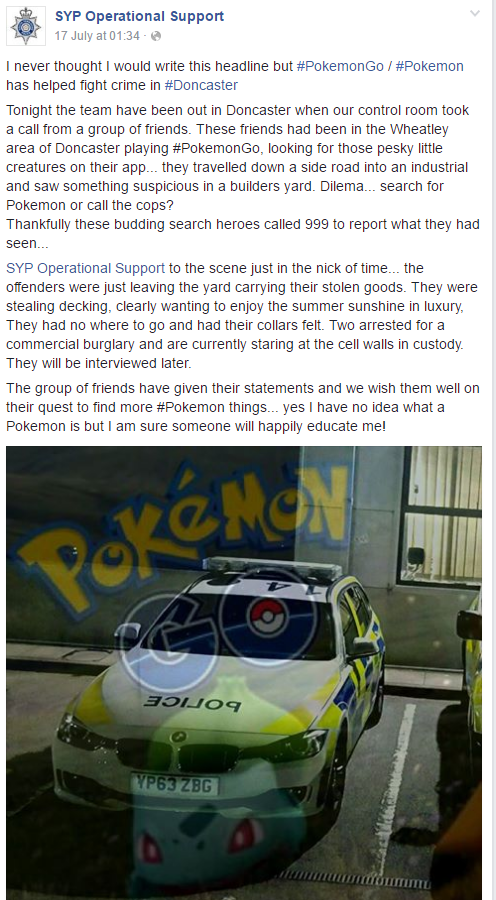 This game really gets you moving. If you want to find the rarest Pokémon, then you’re going to need to get out into the big world. A huge side benefit of the mobile game that’s currently is obviously the added exercise. In their search to find the most creatures, couch-potato gamers are being forced to get up and take a walk. The game is centered around geolocation and you can only play if you’re willing to move!

Two young Pokémon hunters caught actual  criminals. When two gamers looked up from their devices in Doncaster, South Yorkshire, on July 16, they went down a side road and caught two men in the act of stealing decking from a builder’s yard. They called 999 and officers arrested two men for alleged burglary, and tweeted it had helped their investigation.

A South Yorkshire Police (SYP) spokesperson said: “I never thought I would write this but Pokémon Go has helped fight crime in Doncaster.”

Police in Manchester New Hampshire in the US — are using Pokémon Go in an attempt to lure fugitives into their clutches. A post on the police department’s Facebook page announced that officers detected one of the more rare Pokémon characters – a Charizard – in the booking area of police headquarters.

On the NOT-SO-Good side…

Armed robbers in the US lured unsuspecting players to a remote car park to rob them, while in another incident a US player stumbled across a dead body. Australian police also felt the need to warn users to make sure they look up from their phones when playing to cross roads.

There are other scary stories emerging since Pokémon Go’s launch, a gang “luring” kids to a certain area before robbing them at gunpoint. They attached a “Lure module” to a Pokéstop, which attracts Pokémon so that anyone can catch them. A pink blossom “beacon” shows on the map when this happens, attracting any players in the vicinity. Yes, a great way of catching more Pokémon, but perhaps be wary of one in a shady area in the middle of the night.  That Vulpix can wait. Seriously.

What you can do to keep your children safe.

If your younger ones play this phenomenon on their own, parents need to consider the potential risks.

Set some rules about how far children can go before they start playing. When there is a Pokémon further away, children can take their parents with them on the hunt. You can utilise this time to spend quality time with your little ones, walking and getting fresh air whilst spending time with your munchkins. Together I’m sure you can catch them all! 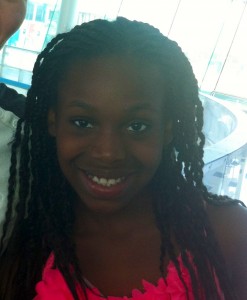 Feeling fab (despite the SATs!)

The Importance Of Family Time