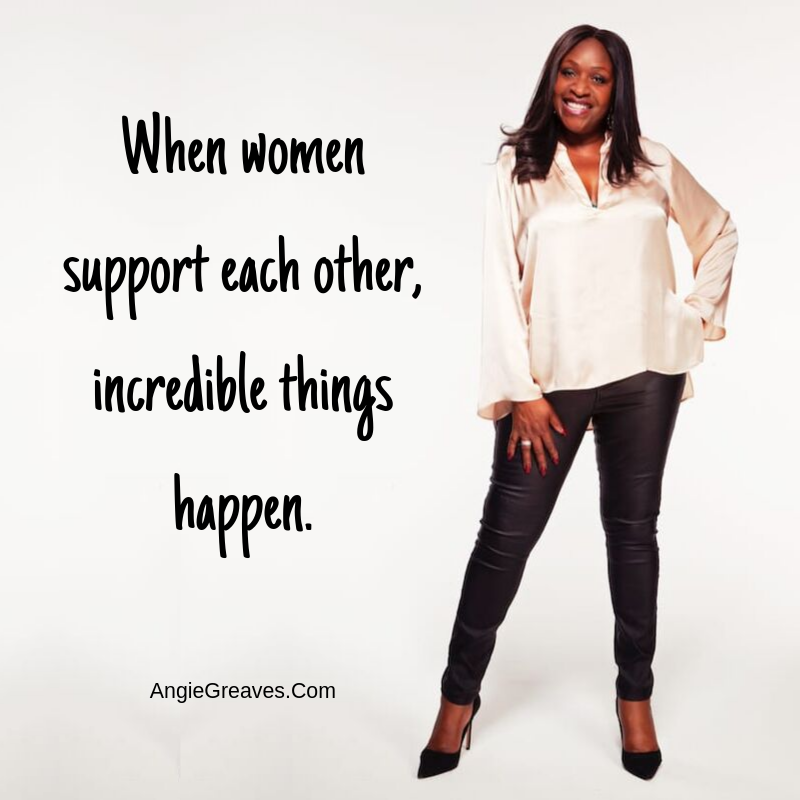 It seems as women we have a lot of opinions… about other women. We’re hypercritical of appearance, intellect, and personal choices. 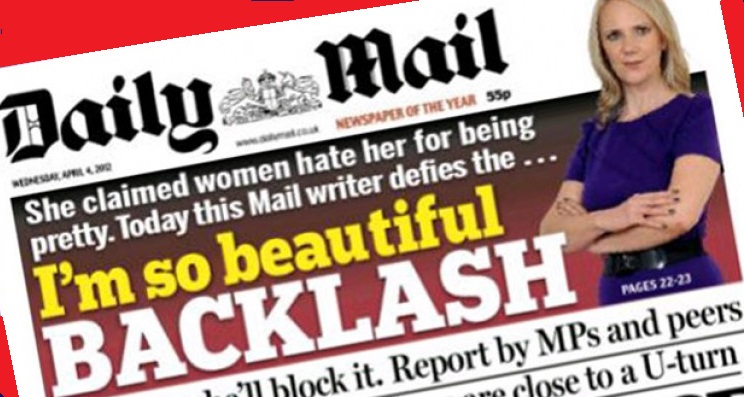 Remember back a little while ago when British writer Samantha Brick got grilled for writing the article: Why Women Hate Me for Being Beautiful? Some of the criticism directed towards her was understandable, because Brick related her feelings with an awful lot of arrogance and condescension, “While I’m no Elle Macpherson, I’m tall, slim, blonde and, so I’m often told, a good-looking woman. I know how lucky I am. But there are downsides to being pretty — the main one being that other women hate me for no other reason than my lovely looks.”

But you have to admit, there IS some truth to what she’s saying: beautiful women do experience hatred from other women. The exact same thing happens to smart women, confident women, funny women, successful women, and women with other wonderful traits. I’ve even experienced this whenever I get more successful, there always seems to be someone there to tell me in no uncertain terms I’m getting ‘too big for my britches’.

As young girls we begin comparing very early and saying critical things. We focus on body shape, size, skin color, hair, culture and more. Where do we get it from? From birth. From society. From our families. Think of the last time you saw a young girl. What did the people around her say? Did they remark on how articulate or smart or determined or strong she was? Was her problem solving ability applauded? Or was the expectation fulfilled by everyone saying how “cute” her nose/smile/outfit was? Our worth is tied to our appearance from a very VERY young age.

Why do we do this to each other?

We’re not brought up to be confrontational. We’re supposed to be nurturing and accommodating and a peacemaker. Don’t rock the boat… it’s not ladylike. Don’t be too controversial… it’s not ladylike. I can relate so much to that.  If someone is arguing, I remove myself. When the guy at the coffee shop messes up my latte and gets my name wrong, I apologize for ordering a difficult drink (anything other than plain coffee) and that my name isn’t George. I don’t like to confront people. I wait until I get home and then talk about the person to “blow off steam”. I was raised right. I was raised to be “ladylike”.

And then there’s the nature versus nurture argument that tells us it’s because of evolutionary psychology (blah, blah, blah). That we are genetically inclined to compete for men. That may have been true when we got married at 12 and had two dozen kids and had a life expectancy of 32, but obviously we’ve grown since then.

It’s because of patriarchy. If we find our value in men, then the only competition is other women who could replace us.  Noam Shpancer writes in a Psychology Today article on female competitiveness. “The male view of women as primarily sexual objects becomes a self-fulfilling prophecy. As women come to consider being prized by men their ultimate source of strength, worth, achievement and identity, they are compelled to battle other women for the prize.”

Think about that last one for a minute.

If all we are worth is the way we look on the outside… because men say so… then we are judging each other based on what MEN THINK!!!

Did that bold print capture your attention? Good. Let’s stop that. Like now.

As a black woman I often wonder why, specifically, are black women so mean to each other?

Black women’s relationships with one another have often been fraught with tension. Truth is, we are sometimes our own worst enemy. Wall Street executive Carla A. Harris told us recently she had noticed that in the workplace Black women are sometimes the ones derailing other sisters. Certainly we’ve been guilty of tearing each other down in our personal relationships as well, even fighting over a sorry man who tried to play us against each other. But with all the challenges facing us, it’s more important than ever that we as Black women make a conscious decision to support, love and affirm one another at work, in our communities, in our churches and in our organizations.

Sometimes we are the quickest to bring each other down, find fault with a sister until she has no self worth left and then step around her.  We holler at pretty women for ‘thinkin’ they’re cute’ and run down a woman with natural hair because ‘she should take care of herself’. Strong women are b*tches and weak one’s are ‘gold diggers’ and ‘lazy’.  We criticise a sister for eating too much and then turn around and tell a skinny one ‘eat a hamburger or something’. We cuckold the woman who speaks out loud telling her not to be the stereotypical ‘angry black woman’ and then judge the quiet ones for ‘taking it’.

Remember what happened to Gabby Douglas last year? I do. I wrote about it.

We need to stop this. It’s time for us to wake up to the fact that our problem isn’t between us; it’s with all the forces that teach us to undermine one another instead of pulling together to strengthen us all. Whatever happened to lifting each other as we climb?

How do we change this? 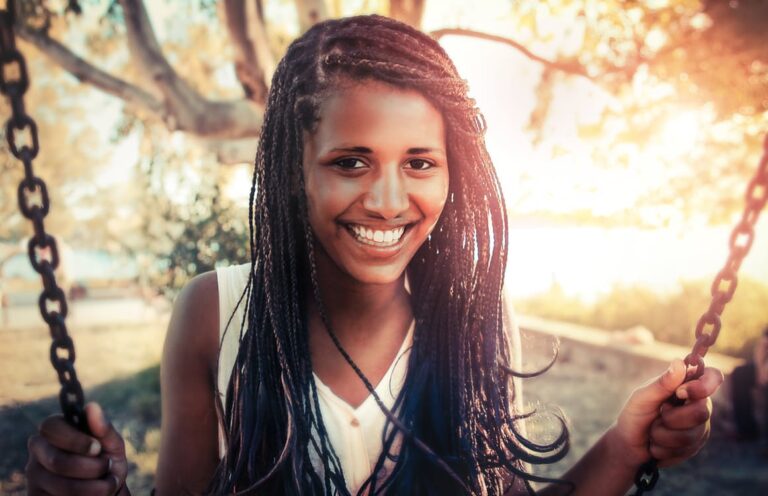 First and foremost, we need to acknowledge that we do this. Make it a conscious issue in your mind. Every time you want to criticise another woman, let it be like a light bulb going off in your head. “Yep. Just did it.” Then replace it with another thought.

Don’t criticise another woman’s body type or outfit. Instead make a decision to be aware of your thoughts and your words as it relates to the way another woman looks. And… if you hear someone else doing this, tell them it’s not okay. When someone makes a comment about a heavier girl wearing a short skirt you could say “I love that she feels comfortable in her own skin. More power to her!”

Stop making the word “woman” a bad word.  Think of the terms “She’s such a girl” compared to “She’s just one of the guys”. Or “You throw like a girl”. Or how about “Girls are awful” and “I only have male friends, I just like guys better”.  All of these phrases push us backwards. Start using the word “woman” in a positive and empowering way, as in someone who is strong, smart, and independent.

As women, how can we support each other more? Have you ever been treated poorly by other women? Have you ever treated another woman badly but now regret it? I’d love to talk about this with you – Be sure to keep a sharp eye on my Facebook, Twitter, and Instagram to join the discussion! 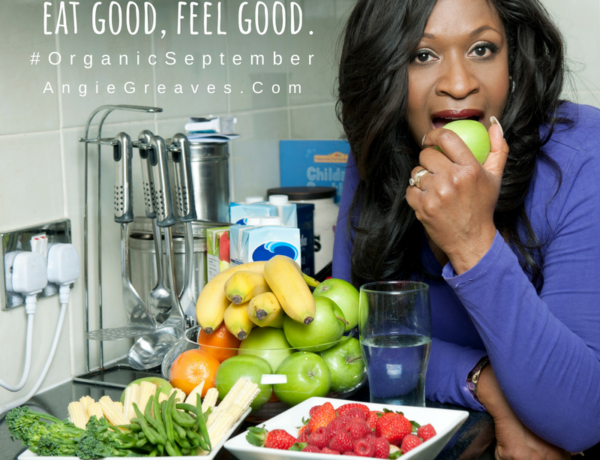 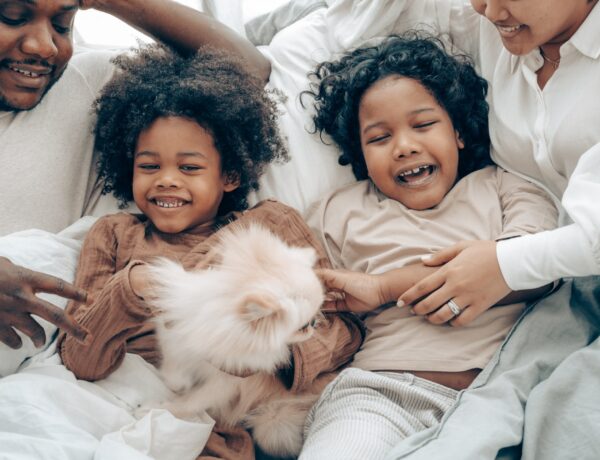 How to survive summer vacation with your kids 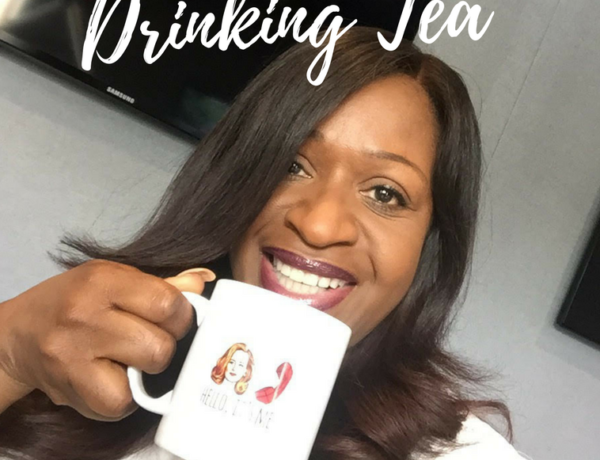 Have a cup of tea!