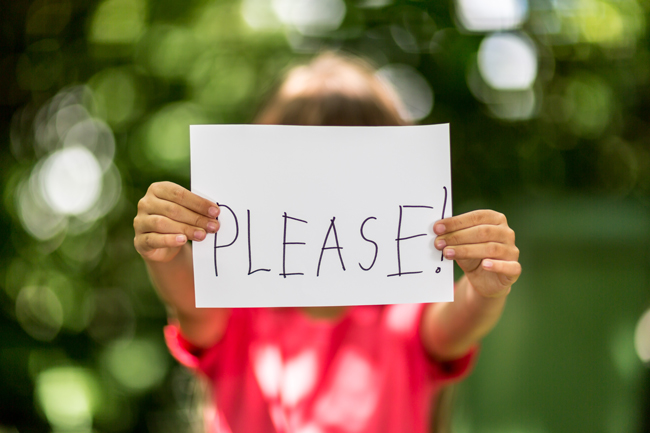 Is it a positive or negative thing to be polite in modern day Britain? Angie Greaves questions.

Strange question but I ask in all honesty because I’ve found that being polite gets you weird looks and you are regarded as weak, or even a push-over.

I had an experience on a train during the week whereby I politely asked whether a passenger could move their bag so that I could sit down. The look from the passenger said it all – talk about the eyes being the window of the soul. When I relayed how I felt on Facebook, each Comment suggested that I should have just sat down on the bag and that I was too polite for my own good.

So I got thinking.

I used to read in schools and enjoyed doing my bit for the community, unfortunately timing has been a major factor now that I start work at 2pm, but another major issue was the mannerisms of the children. It appeared that the less eager children were getting more attention from the teachers. The well mannered attentive children were almost left to fend for themselves.

Those in the classroom who were more articulate and had potential to pass their SATs with flying colours in primary school, or to be A* students in secondary school, were on the receiving end of feeling as if they were doing something wrong. Teachers didn’t appear to have the social skills to deal with the offending students, so this left the articulate students feeling extremely disempowered.

How does this outline their future?

Is the message confirming that the less polite and articulate you are, the more attention you will get and the further you will go in society?

I felt the need to share this because of how disempowered I felt by asking an adult passenger to move a bag so that I could sit down.  On reflection I think maybe I should have sat down on the bag – perhaps that was the only language the passenger could understand!!!!

What language you are teaching your children?

Do you believe that language will be advantageous for them in their future adult years?

What’s your experience of politeness, or rudeness, during the day?

Previous Post It seems Pharell really can do anything!
Next Post It's All About The Girls This Week...