After pretending to be black for more than 10 years, Rachel Dolezal, who would like to be referred to by her brand new West African name Nkechi Amare Diallo, is now referring to herself as “trans-black.” My question to you is…

Should we stop giving her a hard time about it? 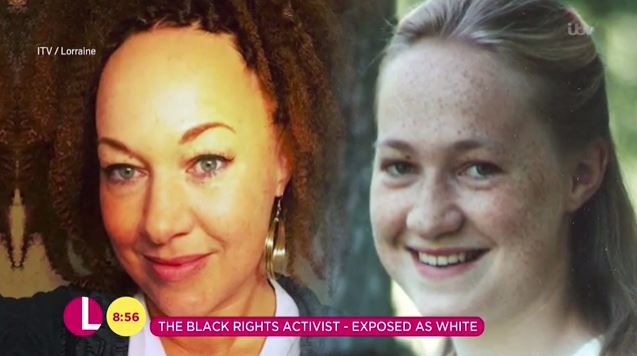 During an interview with ITV presenter Lorraine Kelly earlier this week Dolezal explained why she claimed to be black for so long: “Well I really just encountered blackness kind of for the first time just as a response from within myself as black is beautiful, black is inspirational, from a very young child age.”

“I know that my identity is still, for many, is somewhat unorthodox or perhaps unique,” Dolezal added. “But you know I’m kind of becoming okay with, to a certain extent, a level of support and rejection that’s kind of been going on for the last couple of years since my biological heritage and how I was born, was brought to the surface.” 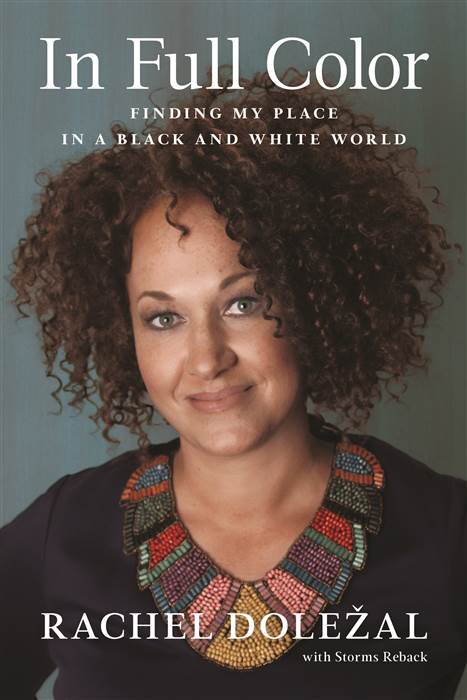 In her new book, the former activist opens up about her past. She shares how she always identified with black people and even went to an all black college.

She applied to study fine art at Howard University in Washington DC. Her then African American husband asked: “Why do you want to go to a black university?” – but she won a graduate scholarship and teaching position because of her artwork featuring only black and African themes.

But by the end of her first year of college she was very pregnant. It was at that time that theytook away her scholarship and teaching position. She sued Howard University for discrimination on the grounds of gender, and (more importantly) race: because she was white.

Rachel Dolezal, who now identifies herself as trans-black, was the President of her local chapter of the NAACP and a champion for African American rights. Everything changed when her parents leaked a  picture of her as a child, and obviously white, to the press.

Up until that point, everyone believed her to be African American.

Dolezal quit her NAACP position, was fired by the university, lost her newspaper column and was taken off of the police ombudsman commission.

After a media onslaught, Rachel was forced to resign from her role and has struggled to find work ever since. She has now opened up about the public exposure and extreme backlash that followed.

In her new book, “In Full Color: Finding My Place in a Black And White World,” Dolezal shares her story of a difficult childhood and how that influenced her to identity as a Black or trans-Black woman.

And after her round of media interviews… the internet went crazy. Both in support of her and in opposition.

Rachel Dolezal is as black as #CaitlynJenner is female. If one’s crazy, both are crazy.
No difference between #transblack and #transgender. pic.twitter.com/ahJRT7uVT7 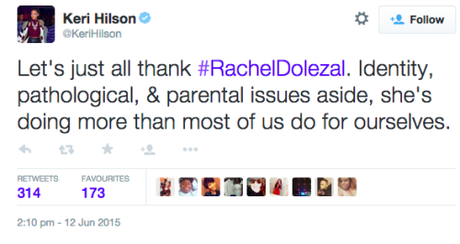 Can’t wait to read a entire book about how this girl is really an oppressed black person pic.twitter.com/1APKhnmBLR

Rachel Dolezal is literally walking around in Blackface and now PROFITING off of black ppls struggles (talk shows, memoirs, publicity)…

Reminder that Rachel Dolezal sued Howard University in 2002 for discriminating against her for being white. So she’s white when it suits her

This is a hot topic button for sure. Lots of emotions and controversy follow Rachel everywhere she goes. What do YOU think? Should we stop giving her a hard time or allow her to be who she is? Are people too rough on her or justified in their attacks? I want to hear it. All of it. The good, the bad, and the ugly. Leave me a comment below or tell me all about it on Facebook, Twitter, and Instagram.

It seems Pharell really can do anything!

A Love Letter to My Grandparents