Why don’t we believe victims of sexual assault?

It’s all over the news right now. Victims of sexual assault coming forward against powerful men. Trump, Bill Cosby, the head of Fox news Roger Ailes have been accused of sexually assaulting women. Now that this issue has so much press, women are coming out to share their stories. It’s been a show of solidarity for all women that have been touched, groped, cat-called, ogled, objectified, raped, and demoralized by men. 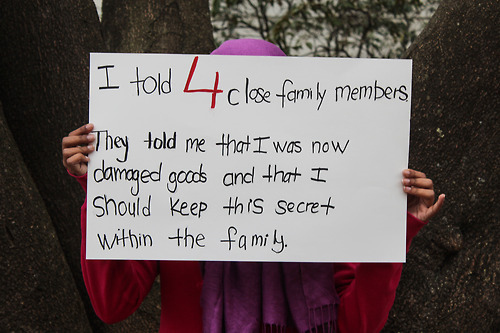 I can’t believe that I’m saying that a candidate for president of the United States has bragged about sexually assaulting women. And I have to tell you that I can’t stop thinking about this. It has shaken me to my core in a way I couldn’t have predicted. This is not normal.This is not politics as usual. This is disgraceful, it is intolerable.

It’s like that sick, sinking feeling you get when you’re walking down the street, minding your own business and some guy yells out vulgar words about your body. Or when you see that guy at work that stands just a little too close, stares a little too long, and makes you feel uncomfortable in your own skin. It’s that feeling of terror and violation that too many women have felt when someone has grabbed them or forced himself on them and they’ve said “No,” but he didn’t listen—something that we know happens on college campuses and countless other places every single day.

I have to tell you that I listen to all of this and I feel it so personally, and I’m sure that many of you do too, particularly the women. The shameful comments about our bodies. The disrespect of our ambitions and intellect. The belief that you can do anything you want to a woman. 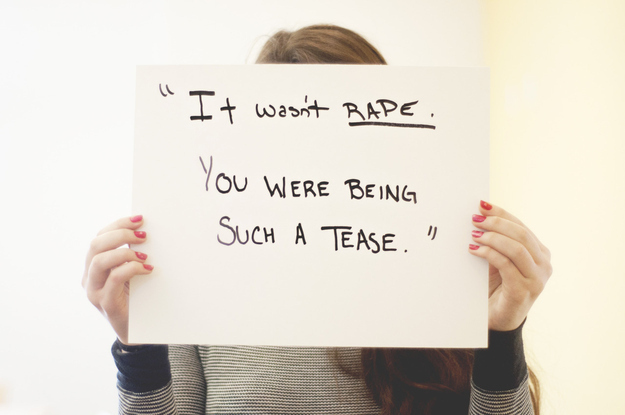 It’s not just an issue in the United States. Here in the UK the statisics are shocking.

And even more ominous, look at these numbers listed in an article by the Guardian

Office for National Statistics (ONS) and based on statistics from 13 forces in England and Wales, showed that in the 12 months to March last year:

Why is it so hard for women to come forward with these accusations, and more importantly why are we so quick to dismiss them?

The numbers above tell the story of power. Picking on someone perceived as weaker and less able to ‘tell’ is a characteristic of all abusers. And 90% of the time rape victims KNOW their perpetrator.

Sexual assault is all about power; to touch another person’s body in a way they didn’t consent to, to force another to perform sexual acts they do not want to perform, to objectify and discredit a woman because of the way she looks. Not just during the act of sexual assault but the aftermath can also leave the victim feeling powerless. 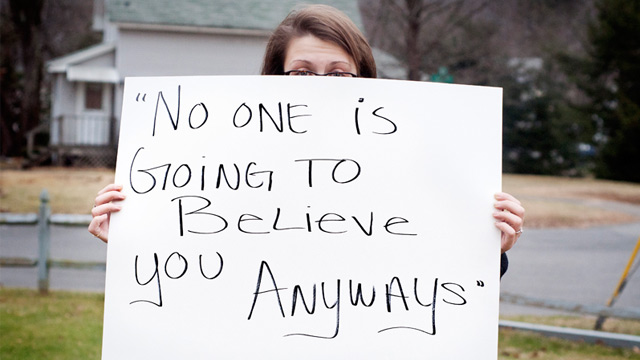 Because I was a new 24-y-o reporter w/$30k in college debt and he was the publisher. #WhyWomenDontReport

#whywomendontreport: Because nothing compounds the pain of abuse like being told it was your fault to begin with.

90% rapes go unreported
Of those reported, only 30% go to trial
Of those who faced trial, only 1/3 were jailed#WhyWomenDontReport#notokaypic.twitter.com/UjNdI8L0In

Among the women speaking up was Lady Gaga, a longtime advocate for victims of sexual violence.

Check out&trend #WhyWomenDontReport to have a better understanding. For me, it was like re-living it all over again. I applaud these women.?

All this is shining a spotlight on how common sexual assault truly is in our society. It’s sad that it takes the voices of multiple women to make accusations seem more ‘believable’? Why don’t we believe the first woman who speaks out? Why do the floodgates have to open, or some other famous person has to bring it to light before we ‘get it’? Assault accusations are all too often ignored until a powerful person speaks out… or until there is a tape released proving it beyond a doubt.

The bright light in all of this atrociousness, is the solidarity being shown from victims of sexual assault. It shows women that you are not alone in this. High profile cases are allowing women to feel more comfortable coming forward and that their stories matter. Women ARE objectified, disrespected, and shamed… and it’s time for the world to listen. Nothing can change until it’s out in the open.