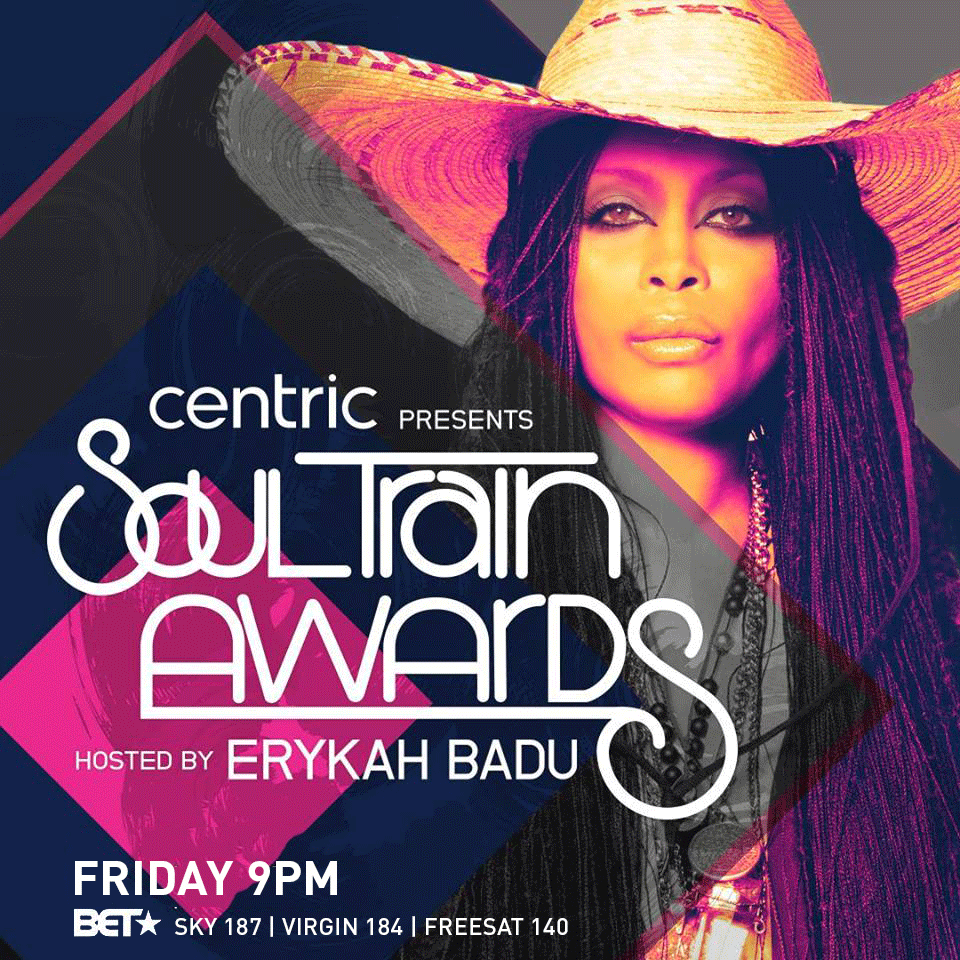 The godmother of soul, Erykah Badu, returned to the stage as host, and for the first time as Executive Producer, with her eccentric humor and legendary style. The annual event honouring the best in soul and R&B featured moving performances by Brandy, Bobby Brown, MA$E, DRU HILL, Doug E Fresh, India Arie, Carl Thomas, Eric Benét, Tito Jackson and more!

Sending a special thank you to our host @fatbellybella! The past, present & future of SOUL! ✌?️ & ❤️ #SoulTrainAwards pic.twitter.com/DdUMsXlqbf

Watch Brandy bring the 90s back at the 2016 Soul Train Awards https://t.co/TVoQYkTMhc

For the second year, the awards unveiled a powerful “Soul Cypher” featuring a mix of legendary and contemporary R&B and soul singers coming together. Badu DJ’d the cypher while Tyrese, Ne-Yo, Angie Stone and the Empress of Soul, Gladys Knight performed raw versions of their songs.

Brandy was presented with the Lady of Soul Award following a heartfelt speech from 2015 honouree Jill Scott and a special tribute video from industry’s top executives and artists such as Kenny “BabyFace” Edmonds, Jazmine Sullivan, Jhene Aiko and more, who spoke to Brandy’s dedication, creativity and vocal prowess. Brandy then blew the crowd away with a full dance and stunning vocal performance of her most beloved hits including “Almost Doesn’t Count,” “What About Us,” “Full Moon,” “I Wanna Be Down,” “The Boy Is Mine,” “Talk About Our Love,” “Have You Ever,” and “Sitting On Top Of The World,” joined by MA$E.

Salute to legend Teddy Riley, recipient of the 2016 #SoulTrainAwards Legend Award brought 2 you by @ToyotaShowcase https://t.co/7I5LFUtzw7

Cedric ‘The Entertainer’ presented Teddy Riley with the night’s highly regarded Legend Award honoring the prolific singer-songwriter and producer for his tremendous influence in soul culture and music. Teddy Riley was welcomed to the stage with a standing ovation and roaring round of applause. He celebrated with R&B and soul superstars Bobby Brown, Doug E. Fresh, Guy, Wreckx-N-Effect, V. Bozeman and Tito Jackson.

Preparing Your Child’s Bedroom for Autumn