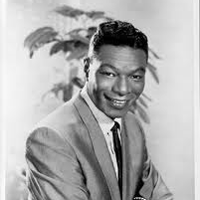 Then and Now: Men in the Media

We’ll never forget Martin Luther King, how could we? Rosa Parks and Sojourner Truth will always be icons to us and their works will always be the platform that we stand and build on. However, Truth left us in 1883, King in 1968, and Parks, who ignited the flame that destroyed American segregation, passed away in 2005.

I believe that it’s time to delve into the artistry and excellence that we talk about today, celebrating the present as much as the past for Black History Month.

Last week I took a “Then and Now” look at the hair and beauty industry, which creates millions in revenue amongst African Caribbeans, African Americans, and mixed race communities. This week I will be focusing on noteworthy men in the media.

Nathaniel Coles, known to many as Nat King Cole, was a singer whose distinct voice would go down in history as one of the best in the Jazz scene. Famed for his music Nat went on to become the first African American to host his own variety show, The Nat King Cole Show, on television.

Arsenio Hall began his career as a television talk show host, alongside several others, as a presenter on rotation for The Late Show.  Hall proved so popular that when the show was pulled he was hired to front his own show, The Arsenio Hall Show, which ran for half a decade. The “roo, roo, roo” chant from the show’s audience became so popular that it made it into films like Pretty Woman and Disney’s Aladdin. In early September this year Arsenio returned to screens across the US with a new late-night talk show.

David Harewood is one of the UK’s most prolific actors, having parts in famous British shows like Dr. Who and Ballykissangel. More recently Harewood has become known for his appearance as David Estes, the Deputy Director of the CIA’s Counterterrorism Centre, in Homeland – a fab show that I absolutely loved him in.