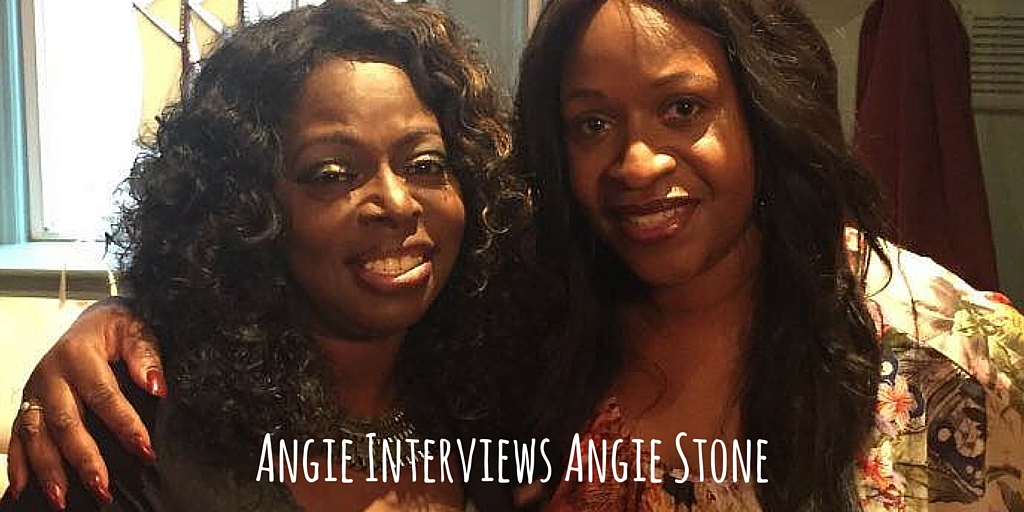 Angie Stone and I catch up very very quickly and chat before she makes an appearance at a private party in Central London.

I was so so lucky to catch up with Angie Stone last week.  Circumstances didn’t allow us to meet as originally planned but I met up with her at The Library in St Martins’ Lane where we had a chance to have a chat – technology is amazing.  She is someone I’ve always wanted to sit side by side with.  What an amazing lady!  Within 10 minutes we covered music (of course), health, dealing with stress and reaching out to the younger generation.

Angie Stone is an American recording artist, producer, and actress. She rose to fame in the late 1970s as member of the hip hop trio The Sequence. Soon after, Stone began working with futuristic rap group Mantronix and singer Lenny Kravitz. In the early 1990s, she became a member of the R&B trio Vertical Hold.

It was great to sit down and to speak to my name sake was a dream come true. What a beautiful woman inside and out.

Teach People How To Treat You