It’s all we’ve been talking about these last two weeks: How Meghan has been treated by the press and the royal couple’s subsequent semi-resignation from royal duties.

The root cause of this, as many of you know, is what I call “fear and ignorance”. Also known as RACISM.

All along Meghan has struggled with this issue. In a time where prejudice still profoundly exits, Prince Harry and Meghan’s engagement symbolised a new kind of advancement—a love that superseded social hierarchy, ethnicity, citizenship and even the colonial order.

Some folks showed their true colours right from the start and it wasn’t pretty.

Following the royal engagement, the Daily Mail publicised one of its stories with a tweet reading “from slaves to royalty, Meghan Markle’s upwardly mobile family.” Last year, the newspaper suggested that Markle was “(almost) straight outta Compton.”

Journalist Rachel Johnson, the sister of the crazy haired Boris Johnson, wrote in the Mail that Markle could help bring “rich and exotic DNA” to the royal family. She also described Markle’s mother as “a dreadlocked African-American lady from the wrong side of the tracks.”

The Spectator magazine was in on the veiled racism questioning the “Suits” star’s suitability for Prince Harry because she is a divorcee and attended a Catholic school.

“Obviously, 70 years ago, Meghan Markle would have been the kind of woman the prince would have had for a mistress, not a wife,” a comment piece read.

Harry, all the way back in 2016, took the highly unusual step of asking the media to stop the “wave of abuse and harassment” against Markle.

The prince cited a “smear” on the front page of a national newspaper, “racial undertones” of newspaper opinion pieces, and “outright sexism and racism of social media trolls.”

This was before they were even married and speaks to the constant stream of abuse Meghan has dealt with since the beginning. This isn’t new.

Another idol of mine, Michelle Obama, suffered much the same treatment in the press.

Asked which of the falling glass shards cut the deepest, she said: “The ones that intended to cut,” referencing an incident in which a West Virginia county employee called her an “ape in heels”, as well as people not taking her seriously because of her colour.

“Knowing that after eight years of working really hard for this country, there are still people who won’t see me for what I am because of my skin colour,” she told the crowd.

Her 2016 convention speech in support of Hillary Clinton was one of the most inspiring speeches I’ve EVER watched. To this day, if I need a lift or when the world gets too much, I watch this speech.

With every word we utter, with every action we take, we know our kids are watching us. We as parents are the most important role model.

The story that has brought me to this stage tonight. The story of generations of people who felt the lash of bondage, the shame of servitude, the sting of segregation, but who kept on striving and hoping and doing what needed to be done so that today, I wake up every morning in a house that was built by slaves.

And I watch my daughters, two beautiful, intelligent, black young women, playing with their dogs on the White House lawn.

And as my daughters set out on the world, I want a leader who is worthy of that truth, a leader worthy of my girls’ promise and all of our kids’ promise. A leader who will be guided every day by the love and hope and impossibly big dreams that we all have for our children.

And because of Hillary Clinton, my daughters and all of our sons and daughters now take for granted that a woman can be president of the United States.

What do these two amazing women have in common? They went high when others went low. They had every reason to be filled with hatred and anger at the ways they’ve been treated, but they have not.

We have examples of black women who have inspired us and who have stood up to ignorance and fear all along the way. The examples are everywhere:

They exhibit dignity and grace in the face of “fear and ignorance”. Which is EXACTLY the way to handle bullies and bias, rudeness and racism, inequality and intolerance.

We say NO MORE. We have a voice that we will use. These women have taught me that we don’t have to tolerate ill-treatment from anyone. Not from royals or the press or presidents. They have given us permission to bloom by planting themselves firmly in the foundation of self-love. 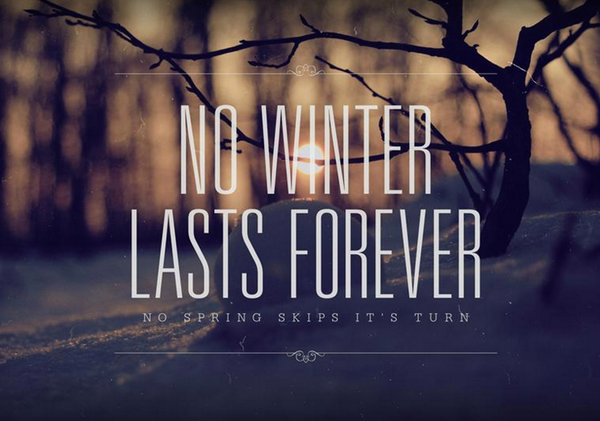 Meghan And Harry - End of the UK Markle Sparkle