Who runs the world? GIRLS at the United State of Women Summit!

More than 5,000 powerful women from across the country and around the world met in Washington, DC for the first-ever United State of Women summit.

Tackling the biggest issues holding women back from total equality, leaders from the White House, Hollywood, major corporations, and civil society gathered together in one room to propose solutions.  Speakers and panelists confronted a plethora of issues like addressing sexual assault, LGBT rights, paid maternity and paternity leave, and wage equity issues.

Actress/activist Kerry Washington were among those on the agenda to speak. Shonda Rhimes, Patricia Arquette, Amy Poehler, and Billie Jean King were also on the agenda. Attorney General Loretta Lynch, Rep. Nancy Pelosi and mogul Warren Buffett addressed the audience, along with a host of business, political, and community leaders.

Mikaila Ulmer, the 11-year-old founder of “Me & the Bees Lemonade” spoke about dreams and entrepreneurship before she introduced President Obama. She offered a bit of advice for all of us. “Only a kid would think you could change the world with a lemonade stand…My advice to anyone who’s looking to start a business, Be Fearless, believe in the impossible and dream like a kid.”

IF WE’RE TRULY A NATION OF FAMILY VALUES, WE WOULDN’T PUT UP WITH THE FACT THAT MANY WOMEN CAN’T EVEN GET A PAID DAY OFF TO GIVE BIRTH.

They discussed a wide-ranging list of issues that still impact women today, from violence and rape culture, to the wage gap and the absence of educational opportunities for women around the world.

The morning began with a moment of silence for the victims of the Orlando shooting. 49 people were killed and dozens more were injured when a gunman opened fire in Pulse, a gay nightclub. It is the worst mass shooting in U.S. history, and the majority of victims were LGTBQ.

According to Billboard magazine:

The centerpiece of the event was an armchair conversation between FLOTUS and Oprah, with the two discussing how to maintain a positive self-image in a world where women are bombarded with messages about how they’re not “good enough”.

“Know yourself” — and feel comfortable in that space, because “It takes knowing who you are in order to deal with the onslaught of negative messages.”

“You can have it all, just not all at once.”

Michelle also stated what in her life did she just sit back and think Mmmmm, mmmm, mmmmm, it’s good to be me!  The First Lady listed seeing Prince and Stevie Wonder perform together at the White House and the feeling she gets when seeing her husband walk off Marine One and into the Oval Office with that “swaggalicious” walk of his.

Michelle also offered up her advice to men: “Be better. At everything.”

You can watch their full talk below – this is important for ALL of us. No matter where we live – Girls can run the world. 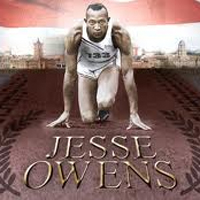