Barbie is facing tough times, with sales of Barbie dolls and related Barbie brand items and content falling, while demand has ramped up for Frozen, American Girl, and Lego toys targeted at young girls.

So what’s Mattel to do? The same thing they’ve always done: update the brand. Only this time, Barbie isn’t just getting a new costume or hair do or a token minority friend or little sister character… she’s getting a full makeover! 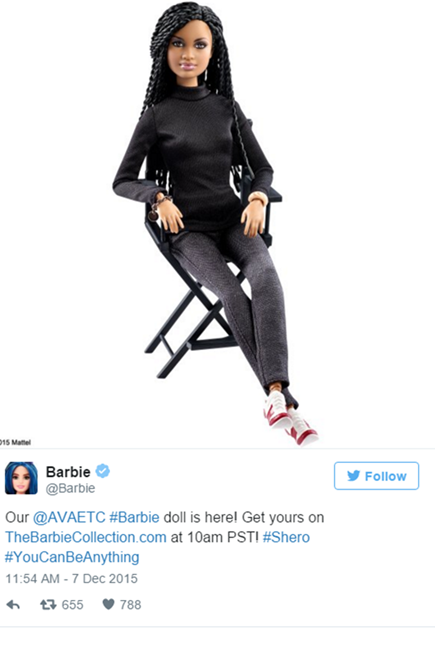 The makers of Barbie have been openly mocked for being the ‘unrealistic ideal of beauty’. It seems like they’ve finally caught up with the times.

Mattel has a very valid reason for moving forward with this new line of dolls. They SELL!

Filmmaker and Director of the Award Winning “Selma” Ava DuVernay’s limited-edition Barbie sold out on Amazon in one hour!

The doll, which went on sale last December, is fashioned after the Oscar-nominated director: natural braids, a black turtleneck, and bright red tennis shoes. She even sports an awesome director’s chair.

“We believe we have a responsibility to girls and parents to reflect a broader view of beauty,” Evelyn Mazzocco, senior vice president and global general manager at Mattel Brands, said in a statement.

The new dolls can be seen online at Barbie.com and are available for pre-order starting today. The dolls will be available in stores starting this spring, according to Mattel.

Barbie tweeted news of the dolls using the hashtag #TheDollEvolves.

Now young girls everywhere can have a Barbie that reflects what they see in the mirror. Whether, as some claim, Mattel is just doing it to sell dolls instead of trying to ‘help women’ seems trite. No matter what their reason is for changing, the change is GOOD.  With the new variety of dolls not only can children now connect to dolls that reflect their image, but they are also seeing other images representing other colours and cultures alongside their own which can only result in a more balanced view of the society that we are living in.   I can remember buying my girls BabyBorn as it was the only doll at the time that gave me the choice to do so.  The other positive move in giving variety with the dolls is to simply “bring back dolls”, make them fun to play with again and hopefully your little ones will spend a bit more time playing with dolls than connecting to Apps, Phones and Tablets.

What’s your take? Are you more likely to buy your daughters (and sons) a Barbie now that they’ve changed their look?  I would love to hear all about it in the comments below! 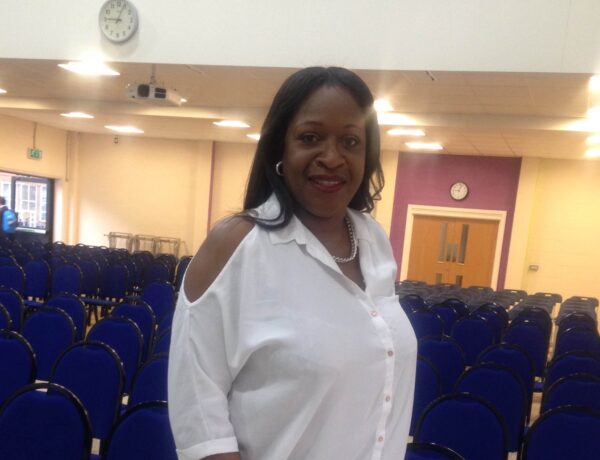 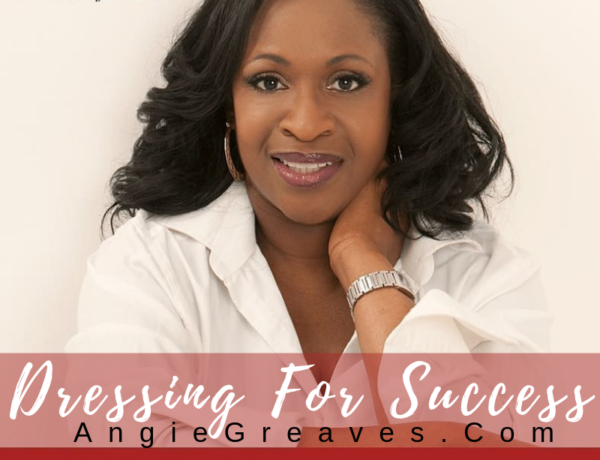 #FashionFriday today is all about @WinserLondon Th

After the heat of yesterday’s Smooth’s All Tim

We're past the halfway mark now in Smooth's All Ti

Thank you @jennifalconer for my fabulous birthday

#thankyou. Thank you so much for all of your comme